When my father, who taught defensive driving for the US Post Office, was teaching my siblings and I to drive he constantly repeated a mantra: “There are two kinds of drivers. Those who sit behind the steering wheel and think they are the center of universe, and those who understand they are a only one piece of a moving puzzle that can be crushed by a meteor at any second.” That was another way of saying what my mother always said, “it’s not your driving I worry about, it’s the other idiots on the road.” The implication of the “other idiots” part always struck me as intriguing.

We all know that smartphone and automobile technology has given us more opportunities to keep up with the world, entertain ourselves, and monitor our vehicles while we drive down the road. Those innovations have created a paradox. While the advances are welcome, they have also exacerbated the problem of distracted driving. Drivers certainly found ways to distract themselves before all of this new tech, but the rate that consumers have adopted these new technologies has led to very public debates and new laws regarding issues like texting while driving and hands free smartphone usage. 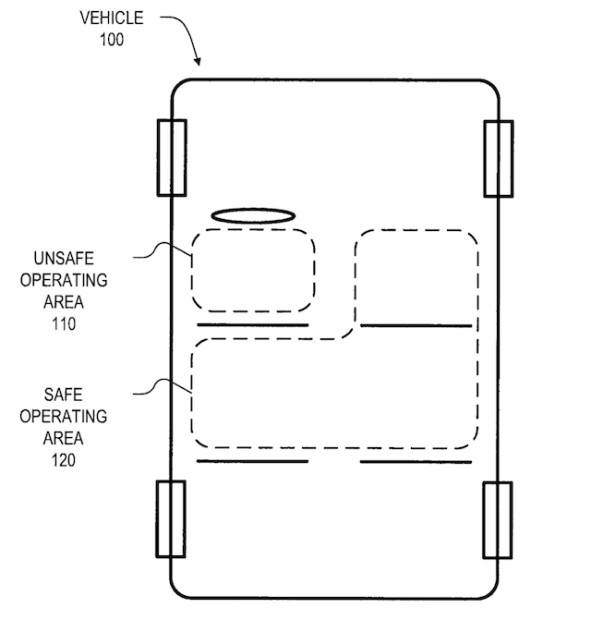 Laws lag behind what technology makes possible and are thus reactive. Those laws that focus on texting and driving are a prime example of that fact. But obeying traffic laws is one of those things that gives lie to concepts like “we are a nation of laws.” Everyone goes over a speed limit now and then, and there are more than a few drivers who will pick up or glance at a smartphone when they hear a notification that a new text or email just came in.

But what if technology came up with ways to correct what most consider bad, and depending on your locality, illegal behavior?

Apple has recently filed a patent application to “lock-out” a user from his/her smartphone while driving. Most would probably agree such an innovation might be a good idea, but there will be some that say it isn’t.

Thanks to a report from Boy Genius Report that linked to the patent application you can see that Apple is taking the issue seriously. (The usual caveat applies here that not every patent application turns into a product.) The ideas behind the patent are simple. Using GPS data, signal triangulation and motion sensors, the iPhone would lock out a user who was driving. Another idea has automobile makers installing technology that locks out the phone once a key is inserted into the ignition.

As you can see from the illustration above, the “lock-out” is envisioned to only affect a device being used by the driver. Passengers theoretically could still operate their smartphones while being chauffeured to a destination. The application says the following:

Theoretically that sort of picture analysis would translate into a similar lock-out if a device was mounted into a cradle on a dashboard.

Apple certainly is using the paradox that the technology inside of our smartphones has helped create to bolster its application.

“Texting while driving has become a major concern of parents, law enforcement, and the general public. An April 2006 study found that 80 percent of auto accidents are caused by distractions such as applying makeup, eating, and text messaging on handheld computing devices (texting). According to the Liberty Mutual Research Institute for Safety and Students Against Destruction Decisions, teens report that texting is their number one distraction while driving. Teens understand that texting while driving is dangerous, but this is often not enough motivation to end the practice.

What think you, dear reader? Is this sort of tech solution to a human behavioral problem excaerbated by technology a good idea? In my humble opinion it is. But I can also see how some might view this as an unneccesary intrusion. Pendulums swing to extremes as they pass through midpoints and some may view this as an extreme overreaction. Others, especially those affected by accidents caused by distracted drivers using a smartphone, will see it as a welcome and perhaps overdue move.

But you can bet that if the patented idea does eventually turn into a product that we’ll see it marketed as a life saving feature. And following that through, one would expect to see a swell in sales as parents follow their natural instincts to protect their children of driving age.