Look out HTC–Apple’s speculated improved camera for the iPhone 6 is squarely aimed at your M8. According to the latest report from Nikkei and as reported by 9to5 Mac, Apple will be tapping Sony to produce the CMOS sensors for use in both the front-facing and rear-facing cameras on the iPhone 6.

Supply chain reports suggest that Sony’s CMOS production will double. As Sony already produces much of the rear-facing iSight cameras on today’s iPhone models, this would suggest that Apple will also be tapping Sony to produce the front-facing camera sensor.

The front camera is growing in importance in today’s smartphone world. In particular, as Apple is looking to expand its FaceTime network, the front-facing camera would allow customers to have a better FaceTime experience with improved video. The current iPhone 5s sports a rear-facing 8-megapixel camera sensor, but the front-facing camera is currently capped at 1-megapixel, which is half of the 2-megapixel sensors found on the leading Android smartphones. 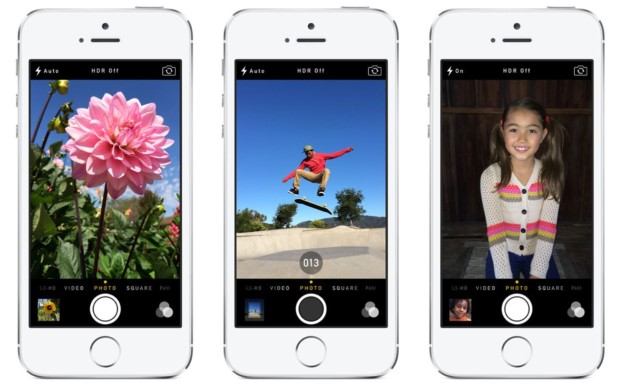 Additionally, as Apple finds that its customers are also taking more self pictures, also called selfies, then an improved front-facing camera may be necessary to keep iPhone users happy with the overall camera experience. Selfies are so popular that it became the word of the year in 2013 for the Oxford English Dictionary.