Apple Geniuses Fail to Deliver, More Like a PC Everyday

This week I took my MacBook Air into the closest Apple store for a number of issues, including overheating, a 2″ wide band of black and cyan on the right half of the display and just general non-Mac issues.

I had been prepared to write a post about the huge win that Apple gets from having staffed Genius repair centers throughout the nation, who are able to return computers within a day or two, but I was wrong.

While every Apple Store repair story I have ever been told results in a brand new machine, sometimes a model newer, my Apple repair experience can be summed up in one word — Fail.

As the title says, Apple is getting more like the PC support we all know and loathe everyday. This failure isn’t an attack on Apple after Steve Jobs’ resignation, but an example of how things change as companies grow. While I was excited about the Apple out of box experience 3 months after ownership, this recent venture has left a rotten taste in my mouth.

I had been having issues with my MacBook Air for the last few months, but I was hopeful that Lion would bring a better experience. This past Wednesday, the display went nuts, which was the last straw. You can see my display issues below. 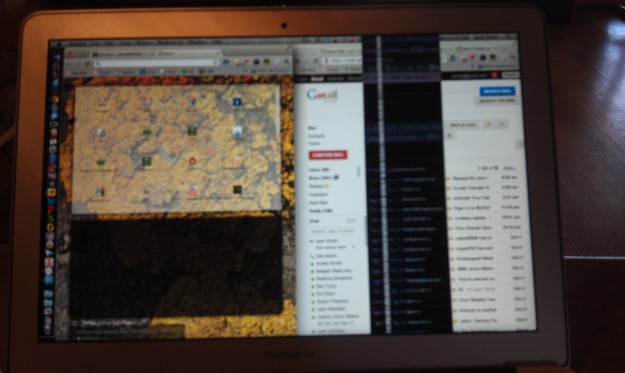 One Genius Visit Isn't Enough to Fix this Mac.

I took my MacBook Air into the Apple Store at Easton Town Center the next day, hoping to be on the end of the many “here’s your new Mac” stories I had heard about over the years.

Bad news. No new Mac. Good news. I’m still under warranty which means my logic board will be replaced for free.

18 hours later I got a call from the Apple Store letting me know that my MacBook Air was fixed and I could make the 5 hour roundtrip to pick up my computer. 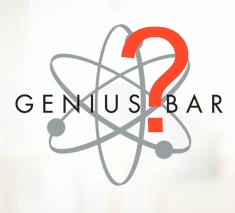 After making the trip down today, and waiting 15 minutes in store, a tech brought out my MacBook Air. She suggested I open it up to make sure everything is running fine, that’s when I see the same black line, except this time it doesn’t disappear when the computer is restarted.

This is the type of second rate service I expected from Dell back in 2003, not from the computer manufacturer with the highest customer satisfaction rating in the industry. Had the tech run the “hardware stress test” which my Genius promised would identify any other issues, or even booted the Air up, it ould have been evident that something was wrong.

Instead Apple has to order the new display in, at least another $200 worth of parts for Apple, and will have it ready to go within a few days. Rather than make another trip to the store they will ship it back to me, but now I am back to being without my computer for a week. I’ve had gateway notebooks fixed in less time and with better results.

I’m not out anything other than 10 hours and the cost of gas, because I am able to roll over to the HP ProBook 5330m which I have in for review. This notebook is an easy switch for me, but this isn’t the case for most consumers. If you are a regular user, you may not have another computer to switch over too. Same goes for the many freelancers that rely on Apple machines to make a living.

Once you get past my wasted time and poor experience there is a bigger issue at hand for Apple owners and fans of the brand. Once a company grows in popularity and profit, it becomes difficult to maintain the same standards of customer support.

While there’s no way Apple could fix every issue by handing out a new Mac, if you have a customer come in and you haven’t fixed their problem, the least you could do is offer some iTunes credit.

How has Apple handled your Mac problems? Are you one of the few who always get a new Mac when something breaks?