Apple gave MobileMe users a free year of iCloud when it closed down the old syncing service and created the new less feature-filled version built into new versions of iOS and OS X.

Apple gives all of their customers a free 5GB iCloud account, but users must pay for extra storage. A 10GB account costs $20/year. 20GB account costs $40/year and 50GB costs $100/year. People who didn’t subscribe to MobileMe can add extra iCloud storage for the above fees and can learn more about iCloud here. 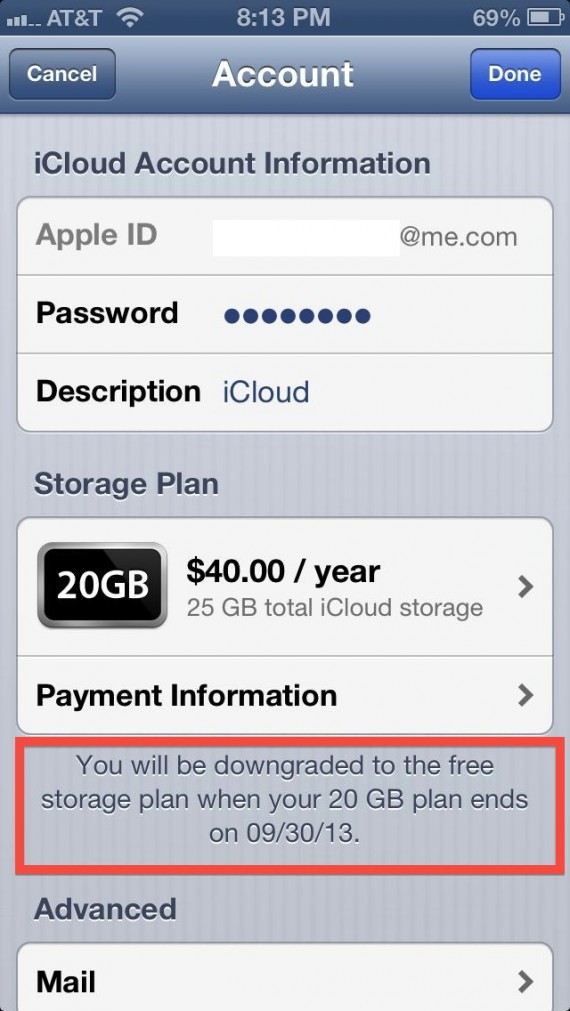 There’s no reason given for the extension according to an email posted at Apple Insider and received by some subscribers. Here’s the content of the email message:

As a thank you to our former MobileMe members who moved to iCloud, we have extended the complimentary storage upgrade they received until September 30, 2013. This extension applies to accounts moved to iCloud between October 12th, 2011 and August 1st, 2012.

The email notification did not arrive in my inbox, but the extension is applied to my account. Former MobileMe users should check Settings -> iCloud for details on the iPhone, iPad and iPod Touch.