After a report had emerged recently that Apple had dedicated a 100-person team to the development of its wearable smartwatch computing device, it now appears that the iPhone-maker is expanding its efforts with the highly anticipated iWatch. A new report surfaced over the weekend from the Financial Times suggests that Apple is now increasing manpower for the iWatch, and the company is being described as “aggressively” hiring for the project.

The company has begun hiring “aggressively” for the project in recent weeks, say people familiar with Apple’s plans for the wearable device, a move that shows it has stepped up development but which raises questions over the ability of its own engineers to develop wearable technology. 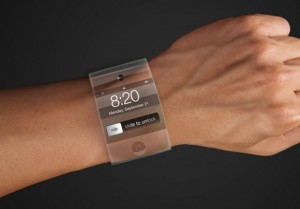 Wearable computing is a new and emerging category, to which the iWatch and other smartwatches belong to, as well as the new form factor espoused by Google’s own Glass eyewear. As such, the category will come with its own value propositions and challenges that designers, engineers, and developers will have to work through. It looks like Apple’s hiring campaign is to help its engineering team address some of the usability issues, create a seamless user experience, and present a value proposition to consumers.

As Apple moves from iPods, iPhones and iPads into an entirely new category of product, it is looking beyond its existing staff in Cupertino for the talent required to build it – an indication that the endeavour involves “hard engineering problems that they’ve not been able to solve”, according to one source.

“There are lots of gadgets in this space right now, but there’s nothing great out there,” Tim Cook alluded to some of the challenges and the possibility that this space opens for his company at the All Things D D11 conference. “But none of them are going to convince a kid that hasn’t worn glasses or a band to wear one. There are a lot of problems to solve in this space. It’s ripe for exploration. I think there will be tons of companies playing in this space.”

Apple’s rivals, Google, Samsung, Microsoft, LG, and Motorola are all rumored to be working on their versions and visions of the wristwatch computer, and Apple is believed to be among the first companies to come to market with a product that challenges existing watches offered by startup Pebble, Italian designer i’m Watch, and consumer electronics giant Sony.

This space may be an important one for Apple as it is seeing its stock prices decline in the recent year. Investors are anxious that the smartphone and tablet market is already beginning to get saturated at the premium segment where Apple traditionally competes in, and entering a new product category will allow Apple room to continue to grow and make a meaningful impact. Another area ripe for disruption is the car, and Apple has already announced two initiatives there, Siri Eyes Free as well as iOS 7 in the Car.

The company had recently begun to file for trademarks for the iWatch name in various countries around the world, further fueling speculation that a product launch is imminent within the next year. Apple has already hired the head of luxury fashion house Yves St. Laurent in a move that could help inject fashion into wearables.