Apple Has to Be Social, CEO Tim Cook Hints at Deeper Facebook Integration

At the All Things D conference, Apple CEO Tim Cook revealed some hints about Apple’s plans for social network integration by touching on topics such as the company’s internally developed social music sharing Ping network, the possibility of deeper Facebook integration, and highlighting that though Apple does not need to build its own network it does need to be a socially-integrated company.

What to Do with Ping? 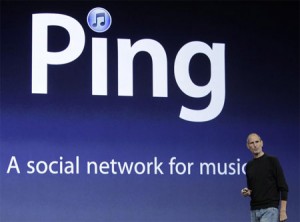 Ping was released with some promise almost two years ago, but the Apple-developed social music sharing network didn’t take off as anticipated due to the fact that Facebook had pulled out from a deal that would have integrated Ping with the social networking site. Late Apple CEO Steve Jobs subsequently revealed that Facebook demanded terms that Apple was unwilling to negotiate with.

Cook admitted on stage at the conference that customers did not want to put a lot of energy into Ping, and stated that he was answering questions carefully regarding concerns about the future of Ping.

Though Steve Jobs and Facebook had a tenuous relationship following the ordeal with Ping, Cook says, “We have great respect for them. I think we can do more,” and advises people to “Stay tuned” to what’s coming in the future. One possibility between an Apple-Facebook collaboration would be a similar iOS 5/OS X integration similar to with Twitter.

Other services that Apple provides on the social front include iMessage, which allows users to send messages and photos and chat with each other without having to rely on carrier-based SMS and MMS systems. Game Center is another tool that enables social game play on iOS devices.