Once again, reports are coming in that one of Apple’s suppliers is violating labor laws in China, and the Cupertino-based company is already on the case. The China Labor Watch is reporting that a Jabil Circuit factory in Wuxi, China (the one said to be producing the shells for the iPhone 5C) is committing a number of labor violations against its factory workers.

The China Labor Watch said that the factory was forcing over 100 hours of mandatory overtime per month, which is three times the legal limit. The factory is also said to be requiring 11 hours of standing work every day, with only a 30-minute lunch break where the workers can sit down. Other violations consists of inadequate training, discrimination when hiring and a lot more, according to the labor watch group. 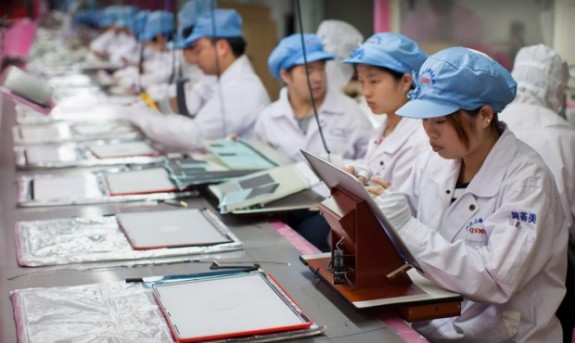 However, while Apple says they’re currently investigating the issue, the China Labor Watch is criticizing the company on its management with suppliers, saying that “Apple has continually failed to compel supplier factories to conform to Apple’s code of conduct and local labor laws before giving these suppliers Apple production orders.”

Both Apple and Jabil Circuits have responded with statements regarding the labor violation reports. Apple says that they take concerns about its suppliers “very seriously,” and the company “is on-site…to look into the new claims about conditions there.” Jabil had a similar statement, saying that it’s sending “an audit team…to thoroughly investigate these claim.”

Apple previously took action to a recent Pegatron report and outlined the steps that the company took and are planning to take in order to improve working conditions at these factories. The company is increasingly becoming more transparent about its efforts to rectify labor issues in China, and is spending more time checking in on suppliers to make sure they’re keeping up with labor laws, but it’s certainly no surprise that some violations have slipped through the cracks.

The Jabil Circuit factory is said to be the one manufacturing the shells for the iPhone 5C, which is Apple’s rumored budget-friendly smartphone that will come with a plastic casing and toned-down internals to cater towards frugal consumers. It’s expected that we’ll see the phone be announced next week at Apple’s September 10 event, where they also might unveil the iPhone 5S, new MacBook Pros, new Apple TVs and maybe even an updated AirPort Express base station.