Apple released the third beta of their iOS software for the Apple iPad, iPod Touch and iPhone with little new to report. That alone could be news, since it makes it very likely a new the new version of iOS will find its way to the masses soon. Could it possibly come in time for the planned Apple event later this month rumored to focus on publishing?

One small detail presented itself with this release – the ability to toggle 3G on and off. Apple took it out with iOS 5.0, but now we get it back. This will save some battery life when you’re not in 3G range while still allowing for the slower Edge network.

The past betas broke a little news about an unannounced phone dubbed “iPhone5,1” and new iPad models also unannounced referred to as “iPad2,2” and “iPad3,3”. A lot of speculation flew about what these new devices might be. The rumor mill will speculate wildly until we finally do get official word from Apple. With one new iPhone and two new iPads, it could mean that Apple has the next generation of an iPhone in the works for this year. I’ve heard commentators guess that, when Apple pushed back the iPhone 4S from a 12 month release cycle to a 15 month release cycle, they could do it again and we might not even see the next generation phone this year. I doubt that and this seems to support my belief. 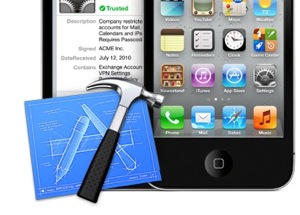 Speculation also says that we could see two new models of the iPad. Could there be a 7″ iPad in addition to a third gen 10″ model? The popular Kindle Fire shows that a smaller device will sell. Would Apple try to push against Amazon’s success with a smaller and cheaper iPad?

If iOS 5.1 brought only one change – better battery life – many iOS users would be happy. I’m certainly hoping for that one upgrade over the current version of iOS.

If we learn about any other new features signaled in iOS 5.1 beta 3, we’ll share them with you. The fact that loose-lipped developers haven’t leaked anything new signals that we could see the end of development and the beginning of simple bug-squashing meaning a public release should come very soon.

[See iOS 5.1 Release Date: What to Expect From iOS 5.1 for what iOS 5.1 betas already revealed about the new OS]

Via: Apple Insider and Cult of Mac