Last weekend, Apple officially launched the iPhone 5s, along with the device’s less-popular companion case. I’ve never really been much of a case guy, but after owning my iPhone 5s for a few days, I quickly realized that the phone was the most beautifully-designed piece of technology I’d ever used, and on top of that, it’s aluminum body with the shiny, reflective edges made me quickly realize that I didn’t want any of that getting scratched up.

This meant that I needed to get a case for it, which threw me into a fit of disgust as I thought about wrapping my iPhone 5s in an ugly sheet of plastic or silicone. However, I took a look at some of Apple’s own options and decided to give the company’s official iPhone 5s case for a spin, and I have to say, it’s the first case ever that I’ve even remotely liked. 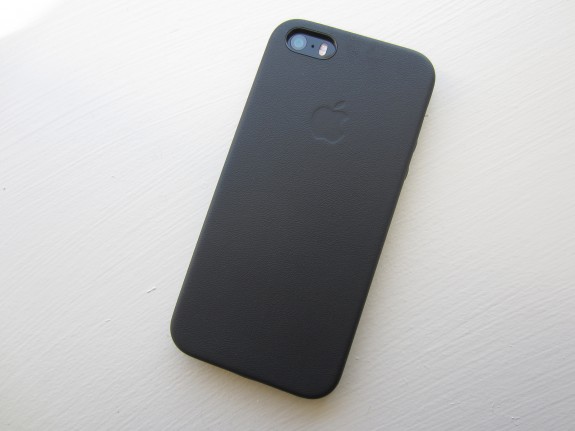 My Ongoing War with Cases

I hate cases for a variety of reasons, but I mostly hate them because a lot of them suck. Most of them are really chunky and extremely ugly looking. I know OtterBox cases are some of the best around because they protect your phone against practically anything, but does the average user seriously need a bomb-proof shell wrapped around their device? Probably not. I respect what OtterBox makes and I agree that they’re great for some users who actually need the protection, but I’m never putting anything like that on my phone. 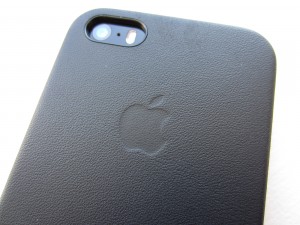 Of course, there are slimmer options out there, but most of them are either made out of silicone or cheap plastic, the latter simply being an ugly clip-on shell most of the time. Silicone cases are pretty great, since the rubbery material absorbs a lot of the shock when you drop your phone so that nothing breaks, and silicone is an extremely grippy material, so you never drop your phone in the first place. But have you ever tried pulling your phone out of your pocket with a silicone case on it? It’s damn near impossible. Silicone is like a non-adhesive adhesive; it’s not sticky per se, but rub it up against anything and it won’t budge. Silicone is probably the worst type of case you could buy if your pocket is your phone’s primary storage place.

Apple’s own iPhone 5s case is different, though. It’s not made out of cheap plastic or a rubbery silicone compound, but rather “natural aniline leather,” according to Apple. Yes, there are also tons of cases out on the market that are made out of leather, but most of them come with stupid book-like covers that make your phone feel like an old-school daily planner. 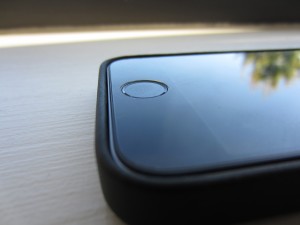 However, Apple’s iPhone 5s case is nothing more than a leather shell that covers the back of the phone, as well as the edges, leaving holes open for the camera/LED, silent toggle switch, speaker/microphone, and the headphone jack. The power button and volume buttons are covered by the case, but Apple has those areas slightly proud from the surface of the case. This makes the power and volume buttons a bit more difficult to press down, and instead of the nice “click” that you hear when you press these buttons, it feels more like a soft button if anything. That’s probably my only gripe with this case. That, and the hole carved on the bottom for the Lightning port isn’t big enough to fit Amazon’s Basic Lightning cables.

The textured leather provides a really nice gripping surface, but it isn’t difficult at all to fish out of your pocket, as opposed to silicone offerings, and as an added touch, the inside of the case is lined with felt so that it doesn’t scratch up the phone’s metal shell while it protects it.

Despite the high-end leather look and the added felt on the inside, the case is still slim-fitting, only adding a little bulk to the iPhone 5s. In fact, with the case on, it’s still as thin as the iPhone 4/4s, which is still a really-thin phone for being three and two years old, respectively, and the slightly-added bulk gives the iPhone 5s’s thin profile a little more to grip onto. 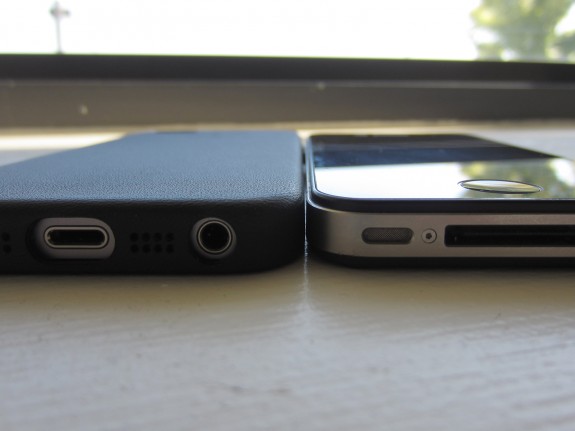 Above: iPhone 5s with Apple case on the left, iPhone 4s on the right

Previously, I owned an iPhone 4s, and I went caseless with it, but mostly because there were no good cases for it to begin with, and Apple only offered a cheap plastic bumper that cost $30. Besides, I’ve always felt that cases hide the natural beauty of phones. Apple doesn’t design its iPhone to be used with a case; it’s a phone that’s meant to be naked, which is why I’ve never used a case on any of my phones that I’ve owned. And also because most cases are ugly or have serious flaws.

While the iPhone 5s case does cover up much of the phone’s beautiful exterior, the case provides a great-looking textured leather appearance to make up for it — way better than any ugly plastic or silicone case.

However, one big gripe that I’ve been hearing about Apple’s iPhone 5s case is that it’s nearly impossible to take off, thanks to its rigid body. I tried it myself, and while it’s not as hard to take off as I’d been hearing, it’s definitely a bit difficult. Then again, how many times am I planning to take the case off my phone? Maybe once or twice in the next year or so?

In the end, this case is the first case that I’ve ever remotely liked, and while it’s still not the perfect case that I’ve been looking for, it’s come the closest so far. At $40, it’s actually not a bad price, especially considering how expensive Apple’s official accessories usually are, and it’s certainly a better deal than the iPhone 4/4s’s bumper that Apple was charging $30 for (and still is). 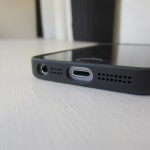 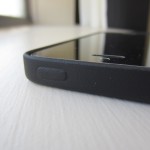 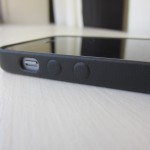 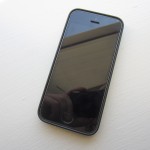 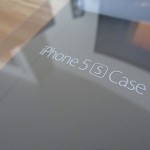 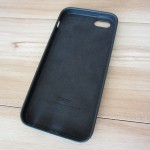 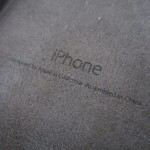