Apple is now taking iPhone trade ins at local Apple Stores for the first time, adding to the iPhone recycling program it has offered online for some time.

The program carries the “iPhone Reuse and Recycling Program” name which is what Apple uses online in a program run by another partner.

In a comment to CNBC, Apple confirmed the new trade-in program launches in Apple Stores today and that consumers must leave the store with a new contract. 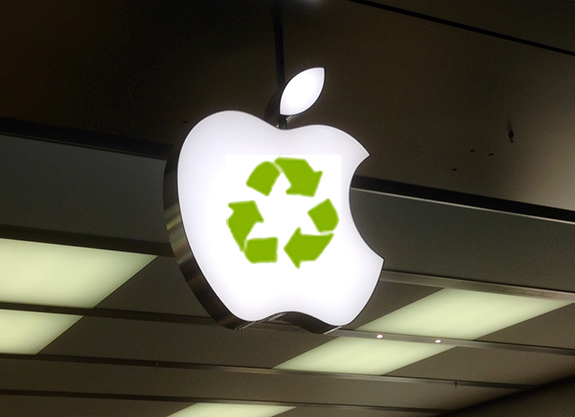 Unlike other iPhone trade-in offers this report indicates users cannot trade in a iPhone 5 to buy an off contract iPhone 5S this September, at least not without singing up for a new contract.

The online version of this program which uses the same name, but is run by PowerON, accepts iPhones, iPads and computers in exchange for an Apple gift card. This online version allows consumers to send their old gadget to Apple and does not require that a consumer sign up for a new contract.

This timing gives Apple several weeks to work out any kinks before the rumored iPhone 5S release date arrives. The latest rumors suggest Apple is planning to release the iPhone 5S on September 20th.

Apple stores are typically slammed during the first several days of a new iPhone launch, and tasking employees with assessing the condition of an iPhone for trade, processing it, dealing with customers who don’t have a current backup and other issues could make for a hectic and slow iPhone 5S upgrade process.