When Apple had launched the iPad 2 last year, the company had created a huge grey market. Available in limited countries initially and only slowly rolling out to a broader international market, travelers who were willing to brave long lines for the tablets were handsomely rewarded for their patience as they were able to make a quick profit on their tablet by reselling them to others who weren’t willing to wait or selling them to countries where the iPad 2 was not yet available officially through Apple and its retail partners. Those days of a grey market reselling Apple products may be long gone as Apple has demonstrated with the launch of the iPad 3 that it could more closely control inventory to forecast supply and demand. 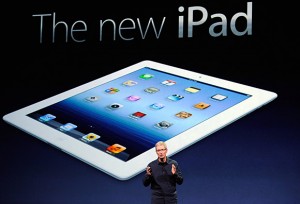 Many resellers who were waiting in line for Apple’s third-generation tablet hoping to reap the same profits–or even better profits–by reselling their tablets found that they could not attain a repeat performance. Some resellers were returning as many as thirty tablets at a time to Apple retail stores because the grey market is quickly drying up.

Thought he iPad 3 launched with lines, Apple is appearing to meet demand and the tablet is available in more countries on launch day–the iPad 2 was only offered in the U.S. the first two weeks–and is rapidly getting deployed to more countries successively.

Additionally, as Reuters report, China is also cracking down on Apple products being imported into the country for Chinese consumers who want to be among the first to obtain an iPhone or iPad before an official Apple launch in China:

But it’s getting tougher and costlier to smuggle the devices into China as the Chinese customs authority has told some U.S.-based shipping agents not to accept orders of iPads, and warned travelers to declare their gadgets at the border and pay a 10 percent import duty on electronics.

An electronics dealer in Oakland, California, said he struggled to break even this year, a far cry from previous iPad releases when he shipped upwards of 1,000 tablets and pocketed profits of $50 to $100 per device sent to his buyer in Hong Kong.

This year, he had no choice but to send 250 iPads via FedEx — which quotes $110 to ship a 2-pound tablet to China — hours after they hit U.S. stores. But the same-day launch of the tablet in 10 territories, including Hong Kong, curtailed demand.

“This whole game is over,” the dealer complained. “There’s an overabundance of supply. The market’s flooded.”