Apple licensed the famous Swiss Railway clock look from the Swiss Federal Railway after charges that the electronics maker allegedly copied the design of the railway clock in the new iPad clock app which launched as part of iOS 6.

The Swiss Federal Railways organization raised concerns of trademark violations in mid-September, claiming Apple’s new iPad clock app infringed on the trademark for the Railway station clock. The design of the clock dates back to 1944 and is known for the iconic red second hand, originally inspired by a railway signal.

The terms of the deal are not available, but in a release, the Swiss Federal Railways company says that Apple and the company came to an agreement to license the look of the clock, something the railway previously allowed for a watch maker. 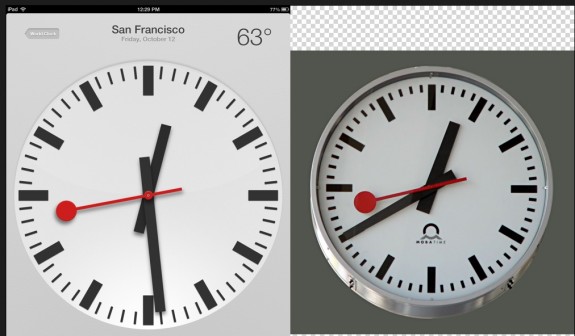 Apple licenses the inspiration for the iPad clock.

Apple is in the middle of a major legal battle with Samsung, over devices in the Galaxy line of phones, including the Galaxy Nexus, Galaxy S III and others. This legal battle covers patents claims Samsung copied the iPhone and iPad design with recent tablets and smartphones. Samsung is now appealing a large financial punishment the court ordered paid to Apple.

This isn’t the first time Apple took inspiration from another iconic company. Steve Jobs, the former CEO of Apple and Johnny Ive, Apple’s Senior Vice President of Industrial Design both expressed admiration of products from Braun in the past. Specifically those from Dieter Rams, a famous Braun designer. 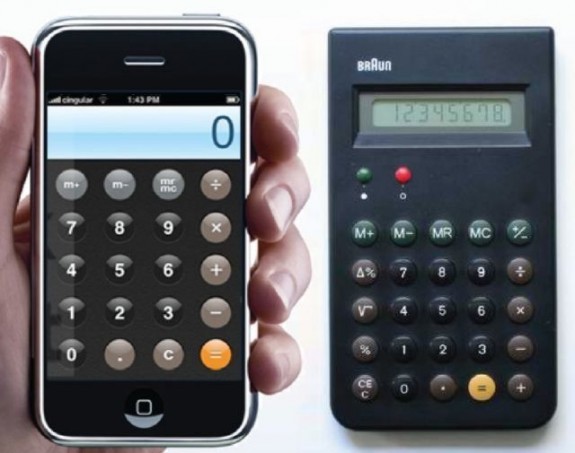 As Cult of Mac illustrates with numerous examples, many Apple products and apps bear a striking resemblance to iconic Braun products. In the image above, the iPhone calculator app looks similar to the Braun calculator. 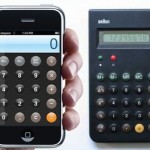 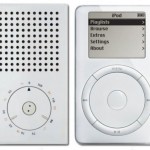 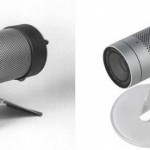 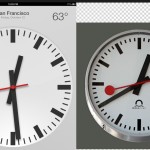 Apple licenses the inspiration for the iPad clock.