Perhaps one of the big features of Apple’s transition to the new Lightning Dock Connector from the historic 30-pin Dock Connector used on many iOS products and iPods today is that the new Lightning format will also allow devices to support USB host capabilities. This will be a huge nod to power users who find the iOS platform and the iPhone to be restricted and limiting.

USB host, which was previously only supported on the iPad with the Camera Connector Kit, would allow the iPhone to be able to plug in USB memory sticks, digital cameras, keyboards, and other input devices with the appropriate driver support, according to Apple Insider.

USB host is a powerful feature that’s been supported on Symbian devices and select Android smartphones, including the Galaxy Note phablet and the Samsung Galaxy S III. 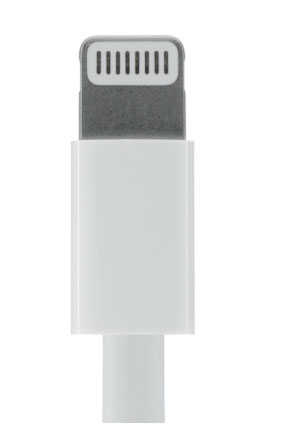 The feature could make the new iPhone and iPod Touch, which has grown from a 3.5-inch screen to a 4-inch display, to be a mobile workhorse for people in the field. In particular, photographers may be able to offload photographs from a camera via a Lightning to USB adapter or Lightning to SD card adapter, similar to the iPad Camera Connector Kit, so that they can manipulate, edit, and upload their images from the iPhone or iPod Touch.

Apple has not publicly promoted the USB host capabilities. It will be interesting to see what third-party hardware makers will do with the standard and if any jailbreak features will be enabled once hackers receive shipment of the new iOS 6 and the iPhone 5.

Apple already has a planned number of Lightning cable accessories.