We know Steve Jobs isn’t going to be the CEO of Apple forever. Though his black faux turtle neck has become synonymous with Apple product launches, the man has been on medical leave since January and can’t head one of the most powerful companies in the world for the rest of his life. Apparently Apple knows this better than anyone, as (according to the Wall Street Journal) the company’s board of directors is already looking into an eventual replacement. 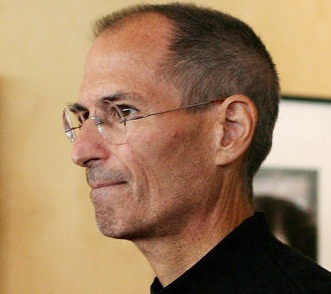 The report also claimed knowledge of Apple speaking with at least one head of “a high-profile tech company” as a possible replacement. No specific names were specified, so that opens the door to a whole world of speculation.

The biggest tech names that come to mind (Mark Zuckerberg, Larry Page, Eric Schmidt, Steve Ballmer) have identities that are so closely integrated with Apple’s competitors that it’s hard to see them moving to Cupertino. Perhaps Twitter and Square’s Jack Dorsey would be a good fit? Both companies currently collaborate with Apple and don’t directly compete with them.

Apple would also have the option to look in-house for Jobs’ successor. Some have suggested that hardware designer Jonathan Ive (architect of the iPod, iPhone, and iPad) would be the perfect fit – as his minimalistic philosophy is so tightly-wound with Apple’s success. Tim Cook, who is currently acting as CEO under Jobs’ leave, could be another candidate.

Groundless speculation aside, it does appear that the end of Jobs era is close enough for Apple’s board to start action.

It wasn’t clear to the WSJ whether Jobs was aware of the search or not.