This fall iOS 6 will officially put Google Maps in the glovebox with the old fold up maps and roll out Apple Maps to the iPhone, iPad and iPod Touch.

I’m using Apple Maps right now, and it’s about time Apple offered these features. The new Apple Maps is still in beta, so it isn’t perfect, but it is a huge step in the right direction.

Apple isn’t launching Apple Maps without any help, the company relies on data from many sources to make the Apple Maps work. 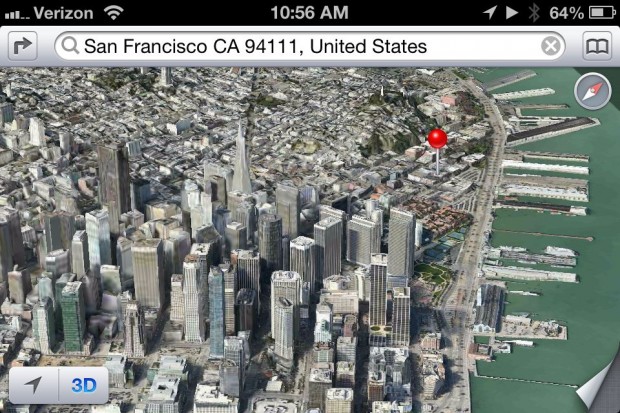 TomTom in Your iPhone

Apple relies on TomTom to get you from point A to point B. AS you place your trusty old TomTom in the garage and start relying on your iPhone for directions this fall, TomTom will still be with you. The iPhone isn’t the only gadget powered by TomTom, the company also powers the Nike+ SportWatch GPS and other items.

Sadly there is currently no way to purchase different voices for Apple Maps, which means no buying TomTom’s Wallace and Gromit voice pack to guide you home after a long day out.

Waze is a free GPS and traffic app that uses the power of the crowd to gather tips on the fastest way to get to your destination. Waze allows users to report traffic accidents, traffic jams and other issues that slow down the drive and actively routes you around the construction and slow downs.

Apple only says that it is using “Map data” from Waze, so don’t expect the social element to arrive on iOS 6, but that doesn’t mean Waze isn’t making Apple Maps better. Waze users can submit map errors simply by driving.

Right now Apple Maps doesn’t have any streets in my neighborhood in the service, even though we appear in the satellite view. Apple Maps offers the ability to report problems, but hopefully most of the issues are already fixed thanks to user-generated corrections on Waze.

It would be awesome to see social reports of traffic, speed traps and other road hazards arrive as a standard feature in Apple Maps for iOS 6, but you’ll need to grab the free Waze app until Apple buys the company.

Apple relies on Urban Mapping to deliver neighborhood information in Apple Maps. This allows Apple to help users to ChinaTown or Mar Vista and other neighborhoods that can be tricky to put onto a map without specific boundaries. 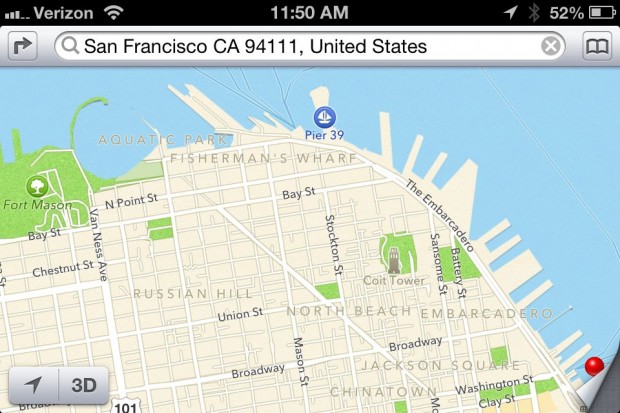 Neighborhood data makes it easier to find locations in iOS 6.

As Urban Mapping puts it, “The ZIP code 10014 has little meaning for most people. But say SoHo, and you will evoke reactions based on cultural, social and historical references.” With the Data from Urban Mapping Apple can help you find locations faster and easier.

The service is even able to deliver real time alerts when buses and trains are late. Unfortunately you’ll need to rely on third-party transit apps to get around on public transportation in iOS 6.

Apple also lists NASA in the acknowledgements section of iOS 6 Maps. While Apple isn’t specific about what role NASA plays, it’s a safe bet that some of the satellite imagery and topographical data is coming from the organization.

Back in 2009, NASA boasted satellite maps of 99% of the earth’s topography, and NASA provides imagery for many parties.

When it comes to finding a local business, Apple Maps uses data from Acxion and Localeze to put the right information within the maps app. 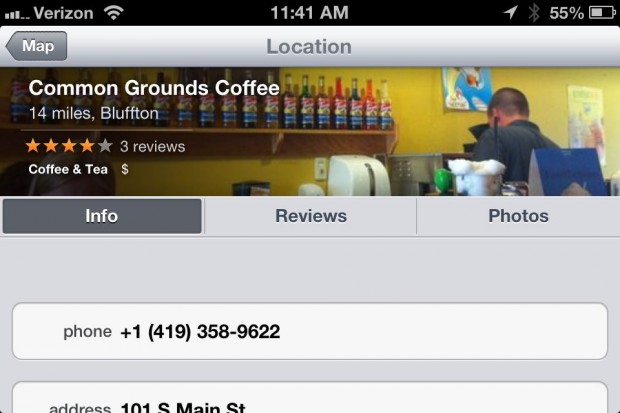 This includes the address and phone number for the business as well as other information. Sadly, there is no information on whether the business is open or not, something Google is adding to several areas of search.

Apple also brings Yelp reviews front and center on the new Apple Maps for iOS 6. When searching for a restaurant the Yelp star rating appears on the map. 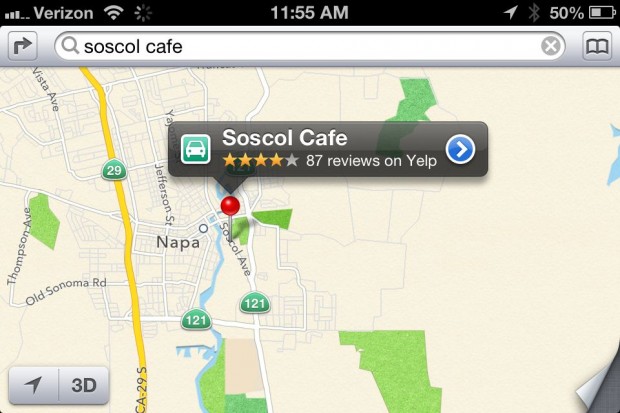 Yelp reviews are front and center.

After opening a local business, you can see Yelp reviews and photos from Yelp. The full Yelp profile and reviews are just a tap away.

Apple includes data from many, many other partners. iOS 6 and Apple Maps arrives this fall. Check out the iOS 6 release date and feature roundup video for more information on what to expect in iOS 6.