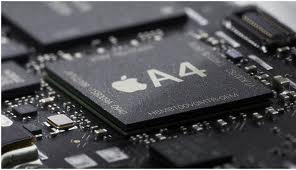 Apple is speculated to be moving its entire computing lineup with its laptops and desktops to the ARM chipset and away from Intel’s architecture. The recent rumor being reported by SemiAccurate would mark Apple’s second transition to a newer chipset in its desktops and laptops, first from PowerPC to Intel, and now if true from Intel to ARM.

The company had been using ARM-based chipsets in the past on its mobile products and the transition would unify Mac OS X and iOS on the same ARM architecture. It’s unclear, however, if Apple will be creating its own custom chips based on the ARM architecture, like it did for the A4 and A5 chips on the iPhone, iPod touch, and iPad, or if it will use another company’s ARM-based designs like those from Qualcomm or Samsung–Snapdragon or Exynos, for example–or if the company will adopt the ARM reference design in its entirety. It wouldn’t be a stretch to imagine Apple creating a custom design, however, since the company already does for the iPad, which uses powerful graphics.

A custom-based solution may also help Apple make it difficult for users to try to load OS X on other ARM-based machines, like an iPad or even a Google-based tablet like the Motorola Xoom, for example. As the company’s philosophy has always been to control both the hardware and software ecosystem, it would want to maintain tight control of OS X. In recent years since the switch to Intel’s architecture, there are a number of “hackintosh” setups, or attempts to rig traditional Windows-based Intel systems to load and run OS X rather than forcing people to buy Apple hardware to get the features and capabilities of OS X.

A switch to ARM architecture to the desktop and notebook line would open up many possibilities for OS X. Perhaps we may even begin to see a professional grade OS X tablet, a Mac Tablet Pro, for instance. Perhaps it will create thinner, lighter, more energy efficient notebooks for Apple. More importantly, however, the move would mean that Apple is confident enough in the power efficiencies and capabilities of ARM architectures to end the debate between ARM and Intel, even on its premium professional devices.

In the previous recent  months, we’ve begun to see leaks for the upcoming release of Mac OS X Lion, and the codes and leaked screenshots show a convergence in design philosophy and experience between the desktop and the mobile side of Apple. It’s unclear how OS X development will be affected moving forward, provided that the rumored switch to ARM does happen, but Apple’s exploration with its data center in North Carolina for cloud-based services and computing would probably be another component to consider as it may help users offload some of the storage to the cloud to not require expensive amounts of flash memory.

Another area of mobile computing products that Apple has not yet explored commercially would be a MacBook model with integrated 3G or 4G wireless networking. The company’s MacBook, MacBook Air, and MacBook Pro lineup has thus far revolved around WiFi, USB tethering, or Bluetooth DUN for wireless mobile broadband access. Moving to ARM may extend the power conserving capabilities of the chipset and may help Apple port its experience from the iPad to the notebook range to bring mobile broadband access for users on the go.

Another benefit in switching to ARM would be that this would rejuvenate interest in the traditional notebook form factor in an age where tablets and smartphones are dominating the news. However, the move may also create some development headaches as there may be compatibility problems for native and third-party applications. When Apple had migrated from PowerPC to Intel, the company had to ship new systems with an emulation layer until a majority of the major apps can be transitioned to Intel code. Such a scenario would likely repeat if the transition to ARM is to be made. That said, it might be exciting to imagine a day when the Angry Birds that you had purchased on your iPad can easily run inside of iTunes, for example, on your Mac system or the notes you had taken on the Notes app on your iPhone can be used to synchronize and open up notes taken on your iPhone while you’re on your OS X machine.

According to SemiAccurate, Apple’s move won’t happen until perhaps 2012 or 2013 when ARM has 64-bit chip reference designs. That blog had accurately predicted Apple’s transition away from NVIDIA GPUs towards those made by AMD recently. However, for a balanced perspective, do keep in mind that SemiAccurate’s author has, in the past, maintained a bias against Intel chipsets.