Following confusion on how the last season of the TV show ‘Breaking Bad’ TV was named, Apple is now offering customers a refund for show. The last season of the show was given an odd split where the first 8 episodes of the fifth season was known as “Season 5” whereas the final 8 shows were categorized as “The Final Season.” Under this naming convention, watchers of the show had to pay once for Season 5 and another time for The Final Season of Breaking Bad.

The naming irregularity was made on the part of the show’s studio, AMC, and not by Apple. Apple was simply caught in the middle of the controversy as it offered the show for customers to purchase, either a la carte per episode or with a season pass, on iTunes. 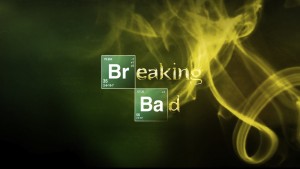 However, according to 9to5 Mac, Apple’s users were outraged and a class action lawsuit was filed. In response, Apple has issued a refund to customers.

The company had wrote to customers a note detailing its refund:

Dear Customer, We apologize for any confusion the naming of “Season 5″ and “The Final Season” of Breaking Bad might have caused you. While the names of the seasons and episodes associated with them were not chosen by iTunes, we’d like to offer you “The Final Season” on us by providing you with the iTunes code below in the amount of $22.99.  This credit can also be used for any other content on the iTunes Store. Thank you for your purchase.

Splitting a show’s finale season isn’t something new, though it has done with less confusion in the past. For example, the final sixth season of the early 2000s hit Sex and the City was similarly split into a “Part 1” and “Part 2.” Each part necessitated a separate season pass purchase to download all episodes of that season. Perhaps by numbering the parts into Part 1 and Part 2 served HBO, the creators of Sex and the City, better than the Season 5 and The Final Season naming convention used by Breaking Bad and AMC.