Apple Online Store Down Ahead of iPhone 5s Orders

Ahead of when customers can begin ordering the iPhone 5s on Friday, September 20th, in the U.S., Apple’s online store is down for maintenance. Apple usually takes its stores down in the hours ahead of launching a new iPhone smartphone and it appears that the situation is no different with the iPhone 5s.

For the first time in a few years, Apple is not allowing its iPhone customers to pre-order the flagship smartphone ahead of commercial availability this Friday. As such, there should be a lot of commotion about the phone this year, and we’ll track closely sell outs at Apple and its retail partner channels, as well as shortages and inventory issues. 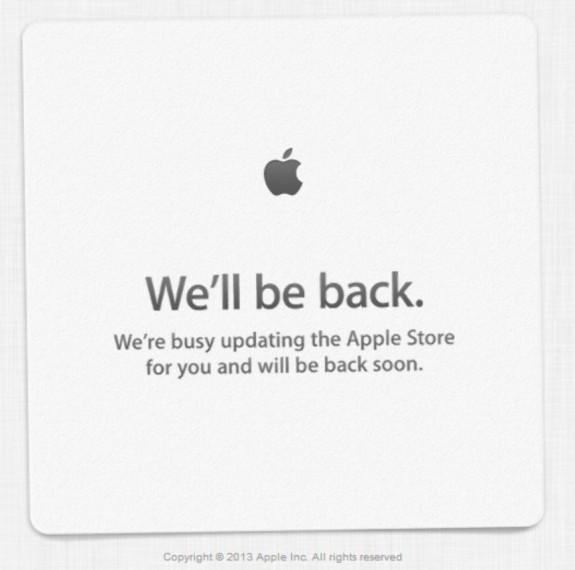 There may be a number of potential reasons why Apple is not offering the iPhone 5s for preorders. One, Apple CEO Tim Cook may want to use opportunity to further boost foot traffic in its physical retail stores. Second, speculations over certain component shortages related to the new Touch ID fingerprint sensor and the camera module may force Apple to reserve inventory for launch day in its stores, which already drive a huge amount of traffic at launch events.

Unfortunately, this means that customers who order online won’t be receiving their devices on the first day that the iPhone 5s will be available. Impatient customers will have to get in line at a retail store if they want to be the first kids on the block with an iPhone 5s.

The new mid-range iPhone 5c in plastic was available for pre-order, however. That smartphone will also become available today in Apple’s retail stores for customers to purchase and walk away with for the first time.

Will you be ordering the iPhone 5s? And will you be staying up late tonight or will you be headed to a retail store to complete that transaction?