Apple and Samsung had been vying for the world’s slimmest smartphone title. Most recently, Samsung had challenged Apple’s marketing claim for the slim iPhone 4 in the UK with Samsung losing out on that battle.

According to Sasmung, Apple’s iPhone 4 with a thickness of 9.4 mm is thicker than the Galaxy S II, which has a body that is 8.71 mm thin for the most part, save for the hump on the lower back portion of the phone, which makes the phone thicker than the 9.4 mm claim that Apple has. 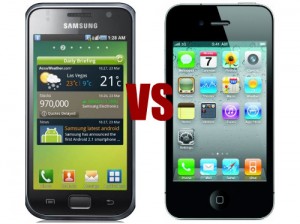 The UK Advertising Standards Authority examined the case and determined that Apple’s phone is indeed thinner because “the Galaxy S II had prominent bulges at the top of the device.” The regulatory body considered Apple’s claims in making its decisions: “Apple said consumers would not be interested in the thinnest part of the device, but in its overall measurements, as these would, for example, affect whether the device could fit into a pocket or purse.”

Interestingly, though, in the U.S. with the Sprint version of the Galaxy S II known as the Epic 4G Touch, I’ve noticed that the thinnest part of that device is still slightly thicker than the iPhone 4. With the bump, it’d be even a hair thicker as the Sprint model doesn’t have as pronounced a bump on the back as the international Galaxy S II model.

Still pending between Apple and Samsung are the various patent dispute cases spanning various countries where Apple accuses the Android smartphone-maker of stealing its iPhone and iPad designs.