If you’re a fan of Inking on a Tablet PC, this might (or might not) make you get a little excited about the mythical Apple Tablet. It appears that Apple filed a patent in July 2009 that just became public that talks about using a stylus, digital ink, and handwriting recognition.

Upon the occurrence of an ink phrase termination event, the ink manager notifies the handwriting recognition engine and organizes the preceding ink strokes into an ink phrase data structure…The present invention, in large part, relates to the observation that client applications and handwriting recognition software in pen-based computer systems can make far more accurate ink-related decisions based on entire ink phrases, rather than individual ink strokes.

I will find it more than ironic if the mythical Tablet appears out of Cupertino with some form of Inking that works well, and everyone who has poo-pooed Inking on a Tablet PC has a miraculous conversion and starts hailing it as the next big thing. 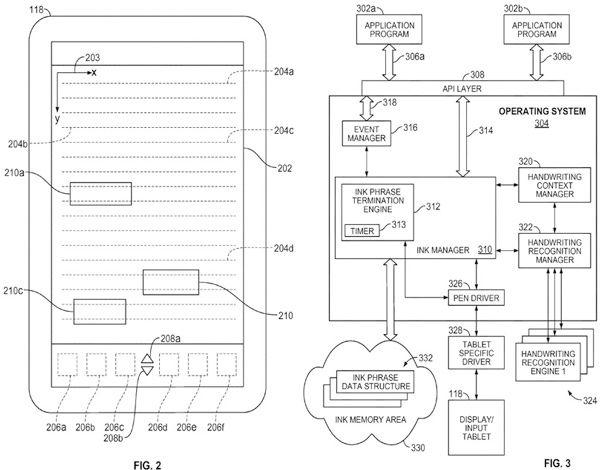