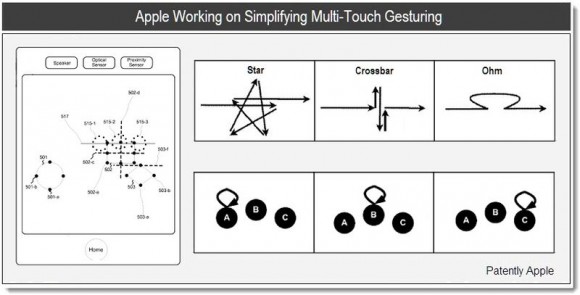 Patent applications can give us some idea of what companies are thinking about for the future. And usually that future is a ways down the road. Apple has recently filed some patents that show some interesting new multi-touch gestures for its iOS devices, although I would assume some of that might make it to the less mobile devices as well given what we’ve seen from Apple over the last two years.

These gestures look to be based on drawing shapes and such to complete actions as well as micro gestures and mid-drag gestures. Those kind of moves make sense when you are considering a touch UI. The difficulty, or rather the complexity of adding this kind of touch functionality comes not just with integrating at an OS level, but making sure that developers of all those Apps understand what that may or may not mean for their Apps.

As an example of that I recently put up a post about the multi-touch gestures that you can enable by installing Xcode on whatever device you umbilically tie your iOS device to and telling that device that is used for development purposes. If you recall, that works well with the exception of some Apps that just didn’t seem capable of acknowledging the new functionality. The point being, that with the explosion of iOS Apps that seems to be continuing, Apple will itself very carefully, as well as move its developers along to add this kind of complexity on and OS level.

Charts and info via Patently Apple 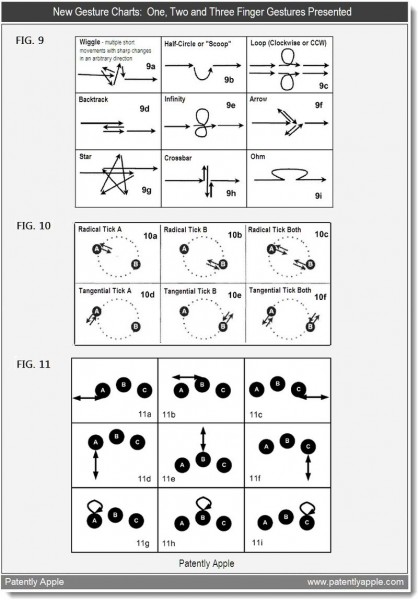