Similar to the discrete gesture areas on webOS smartphones like the HP Palm Pre, an Apple patent shows that the iPhone-maker is looking to embed dynamic buttons, gestures, and actions into the unusued bezel area surrounding the touchscreen smartphone.

In the patent application, Apple intends to use the area as a secondary display with electro-luminescence technology.

Apple intends to use the secondary display to introduce a set of new illuminated indicators that are able morph into various controls for work and play. Illuminated gaming and productivity controls could be built into the face-side of the bezel and/or selected back-side areas of iOS devices like the iPad.

Though Apple specify specific ways to utilize the technology, there are a number of possibilities, including music or media controls, buttons for games and other features. Some of this have debuted on various PC laptops, desktops, and HDTVs where a user can hover their hands over the display or specified areas and touch-sensitive buttons would light up to indicate specific functions. On a Lenovo C300 series all-in-one desktop, for instance, the touch-sensitive volume and display brightness controls light up when a user’s hands hover in front of the area below the display, but the controls are invisible when a user moves their hands away to create a clean, seamless look. 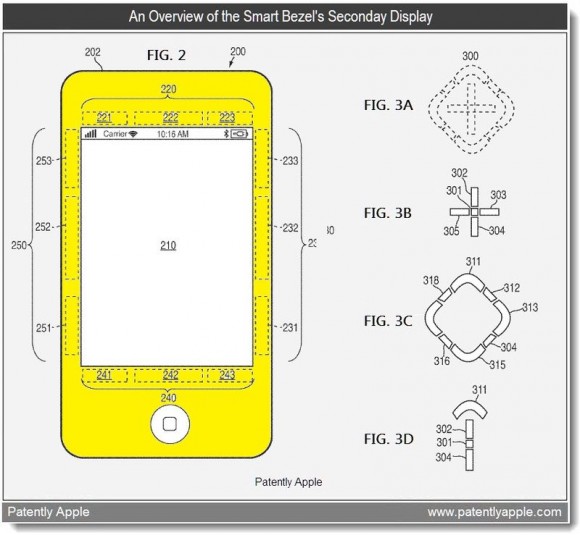 Patently Apple shows an example of how electro-luminescence display technology could work in an illustration below: 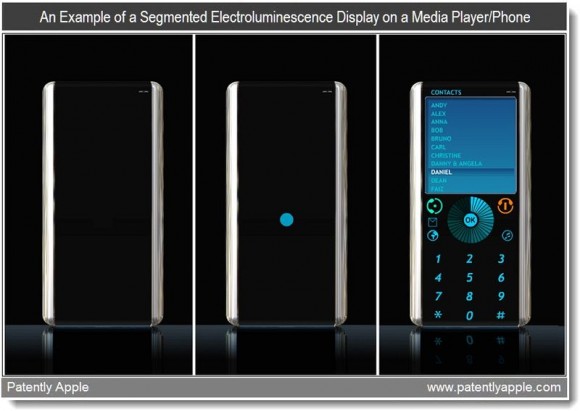