A new Apple patent hints at some advanced camera focus features that could come to the next iPhone.

According to Patently Apple, a newly public patent hints that Apple could add a new processor to an upcoming iPhone to help with new camera features. The patent shows Apple’s idea to use multi-touch gestures for focusing the camera.

The new gestures would let users choose larger areas of focus using tap-and-hold or pinching gestures. The patent says users will be able to choose different shapes for the focus areas including boxes, squares, ovals, and even a user-created cut-out. 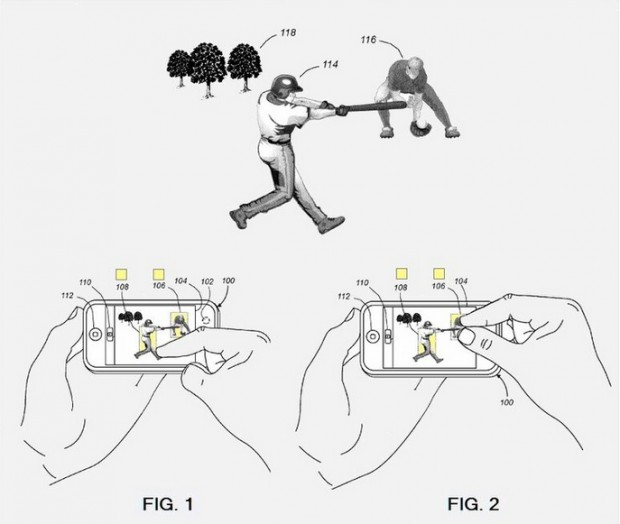 The camera described in the patent has two modes, one for single selection and another for multiple selections. Multiple selections are useful for selecting more than one area of interest in a photo so both remain in focus. If the user selects two areas of focus that are different distances from the phone, the lens and image sensor will adjust to reach a “compromise” between the two distances. Results of the “compromise” will vary depending on the scene.

The new gestures will work in both photos and video, with a new processor added to help make them possible. The new processor would be dedicated to the camera, specifically for the new multi-touch focus features. It would help take some of the load off the main CPU in the iPhone.

Even with the new gestures, an iPhone camera will still be limited compared to more professional cameras. Apple has made significant improvements to the iPhone’s camera with the previous two iterations, but it’s hard to imagine any smartphone ever replacing anything more than a point-and-shoot camera.