A newly revealed Apple patent shows the company at one point considered putting flexible displays in the Smart Cover on the iPad to make the cover even smarter.

According to Engadget, the patent shows an iPad Smart Cover that can display information such as apps or notifications. The device would connect to a special connector on the left side of the device (where the current Smart Cover rests) and draw some power from the tablet.

In the patent Apple says “adding the integrated display to the flexible cover greatly enhances the overall functionality of the tablet device.” In addition to showing apps or notifications when open, the cover and function as a keyboard like the Microsoft Surface‘s Touch Cover or a sketch area. 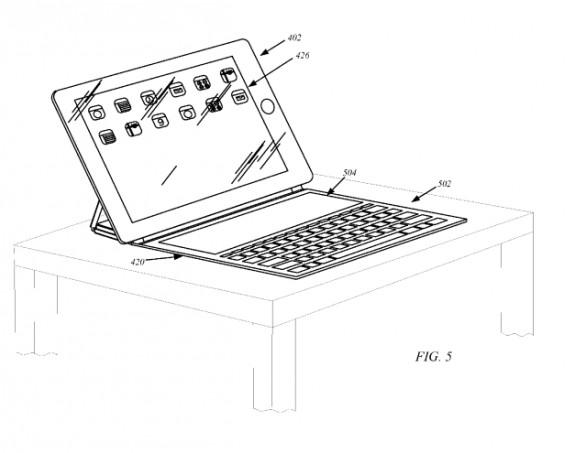 The patent also shows the case folded up with the back section functioning as media controls for music or movies.

The front of the Smart Cover in the patent also shows notifications and the option for a sketch area. The idea is users can see quick information or jot down quick notes without having to actually wake the iPad.

Just because Apple has a patent for a Smart Cover with a flexible display doesn’t mean the company actually plans on producing such a device. We hope we see some hint of such a device in the future, but for now it sounds like a science-fiction dream that’s on the verge of becoming reality.

Even if Apple could make such a device it will probably be quite expensive. Flexible displays still aren’t cheap enough to go into smartphones, and we can’t imagine how much a Smart Cover with two 10-inch display would cost.