According to Apple Insider Apple’s patent details a method for letting users resell their digital goods to other users, making it possible for users to buy and sell “used” digital items. In the patent Apple users can sell their media to their friends, family or strangers directly, though publishers may make some money off the sale.

In the patent, once a user sells an item to another user, they effectively transfer the license to that content. That means the original user can no longer access the song, movie or eBook from any of their devices. The license transfers to the new user who can download the content to their devices. There’s also a hint that “used” items will transfer to the new users iCloud or similar cloud service. 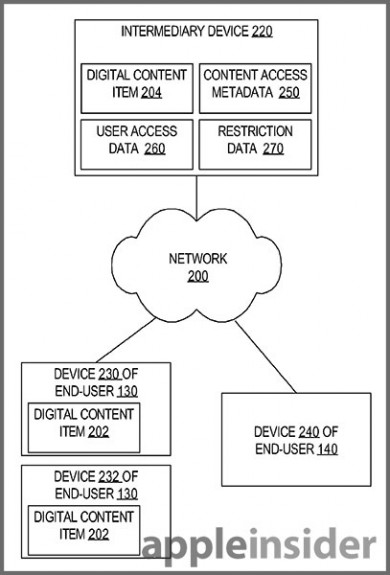 While the patent would lets users sell their items, publishers can still set some limitations.

For example, a book publisher may say that users have to hold on to an eBook for at least six months, and that it can’t sell for less than $5. The publisher can also get a cut of whatever money the user gets from the sale.

The method means users get less money for “used” digital items they sell, but it gives publishers a way to get some money off used items. Sales of used items typically mean stores or people who sell the items get all the money, and the publishers don’t benefit from the sale at all.

In the video game industry used sales where publishers don’t get a cut are why many games now require online passes.

It’s not clear if Apple has any plans to bring reselling and loaning to iTunes any time soon. The company has many patents it does not use. This new system sounds too interesting to let die, however.