Despite  Steve Jobs’ famous quote saying, if your device needs a stylus “they blew it!” these patents show that Apple’s considering the possibility.

Before those of us who love inking on our iPads get too excited we have to remember one thing. In our litigious society patents equal power. If Tim Cook thought of a new way to grill burgers, then Apple would likely file a patent.

We can at least hope that the folks at Apple learned what all the styli makers and buyers of devices like the Samsung Galaxy Note know. A stylus offers great convenience in the right situation, like taking notes in a meeting or class, drawing or painting and photo editing. 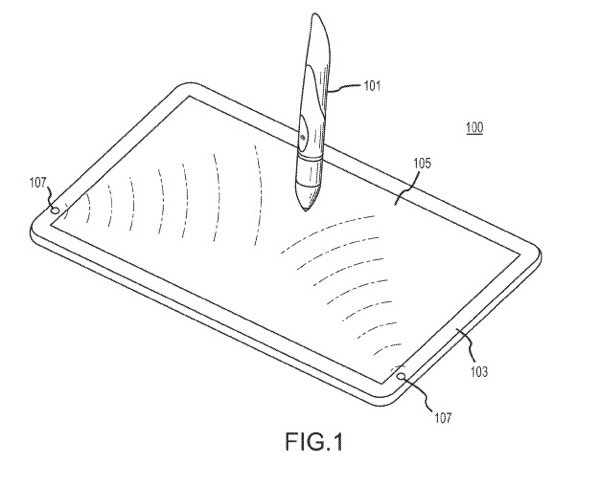 The Haptic Input Device would help users feel things like texture instead of just the smooth glass or plastic surface of a touch panel. The haptic feedback built into the device would vibrate to mimic the feel of moving over textured surfaces. The stylus would interact with the tablet’s display and would know what kind of surface the tablet displays and change the haptic vibrations to mimic the feel of moving over the textured surface. For example, if your display shows something made of denim, your pointer will vibrate like its moving over denim. You can check out the technical details yourself. 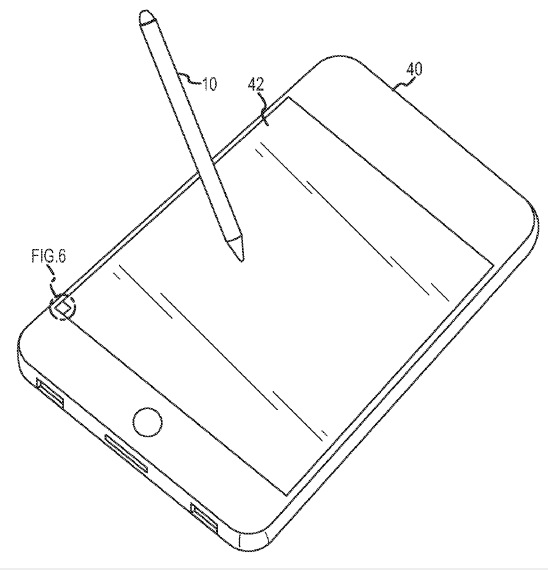 The Optical Stylus got me excited. It shows a finer point that can give the inking user more precision when drawing or writing on the touch screen thanks to a tiny camera that registers location and pressure sensitivity. The camera would see the location of the stylus over the screen and send that to the device. The camera would know what part of the screen it hovers over thanks to visually imperceptible “indicia” on the screen. Your eyes won’t see these microscopic markers or “indicia” however the stylus camera will. If you’re interested in the technical details, then see the patent filing yourself.

I’d love to see either of these show up in the iPhone 5 or 6 or the iPad 4, but I don’t expect it. If Apple does add this ability, they’ll announce it with great bravado saying how they finally found a way to do it the right way while every other attempt “blew it.”