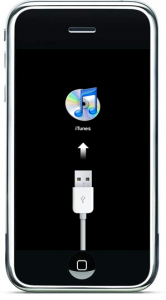 When the original iPhone launched, many had heralded what Apple had done for the phone industry–allowed users to buy unlocked phones and activate the phones themselves at home when they connect the smartphone to their computers via iTunes. The process reduces the amount of time that users spend in stores and is quick, and intended to be seamless and easy. Now, the wireless iPhone activation process through iTunes has been awarded a patent to Apple.

In addition to the simple, straight-forward activations process, Apple had also mentioned a process where SIM cards from different carriers are used on the same phone. The patent suggests that Apple that a potential factory-unlocked iPhone could be used on multiple carriers and that multiple activation keys could be stored on the same device:

It’s unclear whether a factory-unlocked iPhone would be coming to the U.S. in the near future. While Apple offers unlocked iPhone for sale at much higher prices in other counties, the U.S. market has not received official support for unlocked iPhones. Users in the U.S. who want to unlock their AT&T GSM iPhone, for example, would have to resort to methods through third-parties or via jailbreaking to allow their phones to accept a T-Mobile USA SIM card. However, while an unlocked iPhone can be used on T-Mobile, those phones do not support T-Mobile 3G nor 4G network, so those phones would default to 2G or EDGE reception.

Via: IntoMobile and Patently Apple