Apple unveiled its new digital wallet payment system called Apple Pay last month during its iPhone 6 event, but the platform has yet to release to the public. The company noted that we would see it at some point this month, and new details suggest that we’ll see it arrive at some point this week.

Apple will be holding a press event on Thursday, where the company could launch iOS 8.1 to the public, and it’s been rumored that Apple Pay would come included with iOS 8.1. However, a new report suggests that the digital wallet platform from Apple could launch on Saturday.

According to an internal memo addressed to Walgreens employees, the store plans to launch support for Apple Pay on Saturday, October 18.

The Saturday launch date makes sense from a shopping standpoint, as a weekend launch would put Apple Pay to good use right away, but Apple has never been one to launch products on Saturdays. However, the company could still launch Apple Pay alongside iOS 8.1 on October 16, with a separate Walgreens launch arriving two days later.

Previously, USAA noted that it would launch support for Apple Pay on November 7.

Apple Pay is essentially the company’s own digital wallet platform to take on the growing market of digital payment systems that have already been released by companies like Google in the past. However, Apple aims to do it a bit differently. 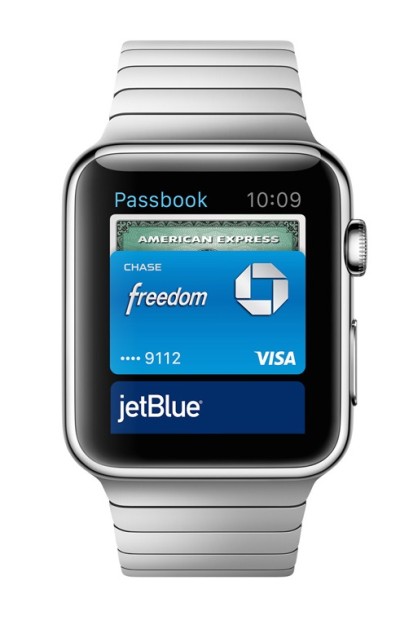 Use the Apple Watch and Apple pay to make mobile payments.

Currently, six major banks will support Apple Pay when it eventually launches, and they include American Express, Bank of America, Capital One, Chase, Citi and Wells Fargo. Apple says that more banks will be coming soon, though, including Barclay, Navy Federal, PNC, USAA and US Bank.

Of course, it’s important to note that while the list of stores and apps is still rather short at this point, Apple Pay hasn’t even launched yet, so we’d take a big guess and say that more and more stores and shopping apps will add support for Apple Pay once the service launches to the public later this month.