Leading up to the release of Apple Pay, banks have already begun to laud the security of the new payment platform, but one bank hints at the possible release date of Apple’s new digital wallet system.

In an interview with The Daily Dot, USAA said that it would begin support for Apple Pay on November 7, meaning that the payment platform would be at least available to consumers by then.

However, it’s important to note that USAA is one of the banks that will most likely be adding support for Apple Pay after the platform launches, considering that the bank is listed under “Coming Soon” on Apple’s website rather than on the list of banks that will have support right at launch.

Does this mean that Apple Pay will launch on November 7? Probably not. In fact, it will most likely launch earlier than that. USAA does state that date for availability, but that most likely will only be when that particular bank will begin supporting it. It makes more sense that Apple Pay launch later this month alongside the release of iOS 8.1, especially when Apple said that it would launch this month anyway.

Apple unveiled its new digital wallet payment system last month during its iPhone 6 event, but the platform has yet to release to the public. The company noted that we would see it at some point this month, and new details have suggested that we’d see it arrive with iOS 8.1.

Apple Pay is essentially the company’s own digital wallet platform to take on the growing market of digital payment systems that have already been released by companies like Google in the past. However, Apple aims to do it a bit differently. 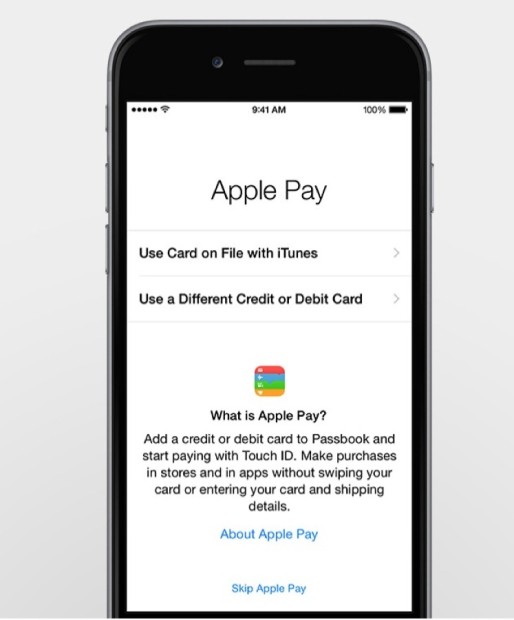 Currently, six major banks will support Apple Pay when it eventually launches, and they include American Express, Bank of America, Capital One, Chase, Citi and Wells Fargo. Apple says that more banks will be coming soon, though, including Barclay, Navy Federal, PNC, USAA and US Bank.

As for apps that will accept one-touch payment with Apple Pay, there are plenty that are already on board with it. Some notable shopping apps include Groupon, Panera Bread, OpenTable, Starbucks, Sephora, Target, and even Uber.

MLB.com is another app that will support Apple Pay, which isn’t too surprising considering that the MLB has had a close relationship with Apple recently, as the league worked closely with the Cupertino-based company to launch iBeacon in MLB stadiums across the country earlier this year.

Of course, it’s important to note that while the list of stores and apps is still rather short at this point, Apple Pay hasn’t even launched yet, so we’d take a big guess and say that more and more stores and shopping apps will add support for Apple Pay once the service launches to the public later this month.