It’s raining Apple product tracking sites. We’ll maybe it’s just a sprinkle. Finding the new Apple product you’re looking for can be tricky in the first weeks after a release. This appears to be especially true with the supply constrained iPad mini with Retina Display. It only makes sense that enterprising web folk would come to the rescue to help out frustrated consumers. Well, unless your web tracking site violates the Digital Millennium Copyright Act and Apple shuts you down. We wrote about one such site last week, Apple Tracker. It was indeed pulled after the developer, Mordy Tikotzky received a DMCA take down notice. He chose not to fight the notice, pulled is site down, and released his code for those interested. 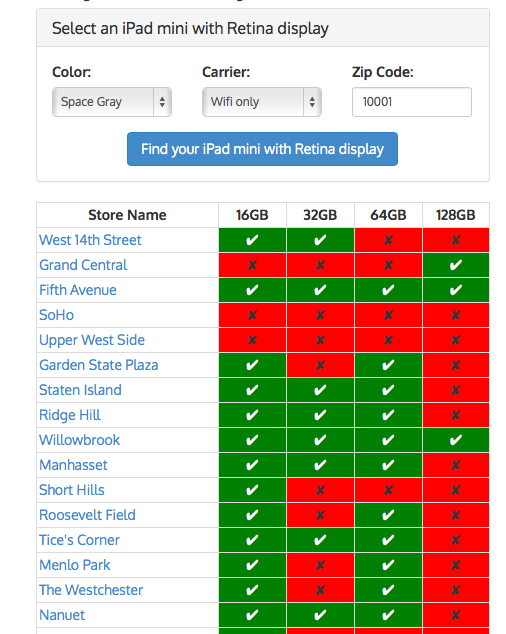 Someone was interested. And now the site is back hosted somewhere else. On AppleTracker.com  you can now add your iPad mini with Retina Display to the products you’re looking to find.  Enter the product you’re looking for and your zip code and you’ll see the status locally. Of course, I wouldn’t count on this being around too long.

But Apple Tracker isn’t alone. Another product tracking site has sprung up, this one hosted on a marine life conservation site, Seaturtle.org. There’s some irony in that name somewhere. 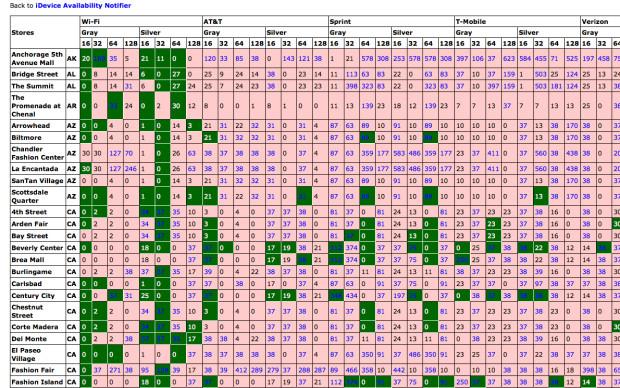 Regardless of the name, the site at Seaturtle.org lets you see inventory nation wide (US) or drill down to see things locally. Apple is still using its Personal Pickup option and not allowing walk in sales until supplies improve. Assuming that their point of purchase system doesn’t fail again. Again, this site could get pulled down by Apple as well, so enjoy it while you can.

You can check out a comparison of the new iPad mini with Retina Display and the original iPad mini here.