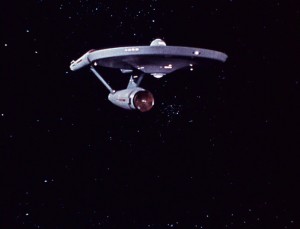 It is part of the Apple legend that it will drop established technologies in favor of pushing forward with something newer. Remember floppy disks? It is also a part of Apple lore that it won’t bring something to market unless it feels it can do it right. I think we’re now in, and approaching, a very interesting time along the continuum that is surrounded by that history. Siri is the big news at the moment with the iPhone 4S scheduled to drop in users hands later this week, but Siri is just one of three newer technologies Apple is pushing forward currently. The other two are Bluetooth 4.0 and Thunderbolt.

What Bluetooth 4.0 and Thunderbolt have in common is that we don’t, at the moment, see many peripherals or accessories at the moment that can take advantage of them. What they share with Siri, is that they both point to a future with all kinds of interesting potential. That future is filled with a lot of unknowns and I find that wonderfully refreshing.

Siri, is being promoted as more than just voice command technology. In fact it is being touted as bringing a Star Trek like AI to your iPhone. That’s cool enough, but notice Apple called it a Beta at the big launch last week. My memory may be faulty, but I don’t remember Apple doing that before. I’m very intrigued by Siri and what it promises and I’m anxious to get my hands on it. I also find it interesting because Siri seems to be easily dismissed as just another attempt at Voice Control when it appears to be something larger. I’m also very intrigued by what it promises in the future. Many are already speculating about the ways Siri’s technology can be worked into other applications (Apple TV, APIs that allow other Apps to play with the AI). I think the Star Trek comparisons are apt because if we’re all talking to our devices and getting answers and questions back, as the demos lead us to believe, it is going to become a very interesting world in the future.

Couple that with BlueTooth 4.0. This first hit Apple products with the latest MacBook Air. We still see very few peripherals that can work with it, but the promise of its low power consumption, and the ability for it to wake up a device sound like real interesting promises. The health care industry is apparently very excited by this, with a potential for devices and monitors to be able to connect easily.

And then there’s Thunderbolt. This high speed data transfer technology still needs to see products that take advantage of it for us to really see its potential. But, already there are visions of connected devices storing digital libraries of our content that we can access from our own personal cloud. The roll out of Thunderbolt equipped peripherals has been slower than I thought it would, but I think once that pace picks up, we should see some interesting choices.

The bottom line here is that Apple has put three new technologies front and center in its latest round of products. It has done so far ahead of the curve when in the case of Bluetooth 4.0 and Thunderbolt there aren’t many ways for uses to experience the benefits of those technologies. Siri, will be a different case though as I imagine we’ll be hearing all sorts of Siri related stories this weekend.

I’m anxious to see how this all unfolds over the next months.