Apple will gift users who purchased its iWork suite of applications for the iPhone or iPad iTunes Store credit as an apology for making the applications free to all iOS 7 users.

The company made the announcement in an email alert sent to users late last week. Almost immediately after Apple announced that it would be including copies of iWork with the latest version of iOS, users began complaining about having recently purchased the software because they had no idea that they’d get it for free as part of the update.

Since the update’s arrival on September 18th Apple offers the iMovie, iPhone, Pages, Keynote and Numbers for free to users the moment they first enter the iTunes App Store. Unfortunately, devices that aren’t capable of running iOS 7 like the iPhone 3GS and early iPod touch devices aren’t eligible to download the software for free. 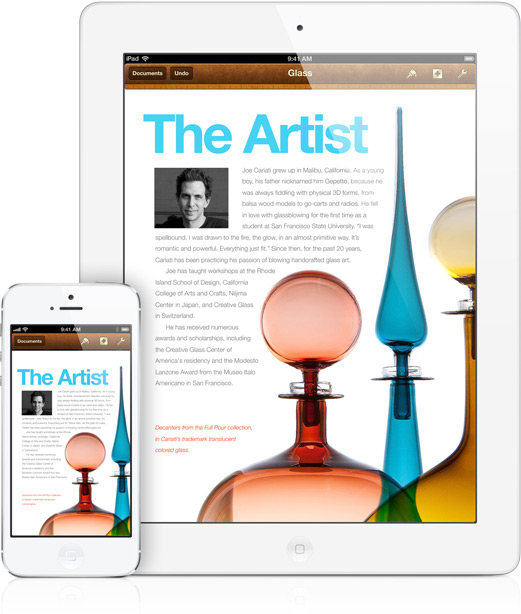 iWork apps like Pages are now available for free to all iOS 7 users.

Only users who purchased the apps after September 1st will receive iTunes Store Credit. Pages, Numbers and Keynote previously cost users $10 each, while iMovie and iPhone ran $5. Users don’t have to purchase other applications with the credit. Apple says that the credit can be used towards apps, movies, television shows, music videos and any other content in the iTunes Store.

Although Apple didn’t disclose its reasons for suddenly offering iWork free to most users, it’s possible that the move is in response to Microsoft Office arriving on iOS earlier this year. With Windows Phone firmly established as the third-largest smartphone ecosystem, Microsoft has made many of its previously exclusive applications available for Android and iOS. By releasing the applications, Microsoft is hoping to keep Office at the forefront of user’s productivity applications regardless of what device they are on.

Unlike iWork, Microsoft isn’t allowing users to download mobile versions of Office for free. Instead, the company requires users to sign up for its Office 365 subscription service at a cost of $99 a year or $9 a month.