While on a trip this weekend my iPad 2 Dock Connector stopped functioning. iTunes showed nothing when I connected it to my Mac and it would not charge, either. So I went to my closest Apple store in Greensboro, NC assuming I would get taken advantage of by the Geniuses, as my only other trip to the Genius Bar resulted in them telling me my iPod touch was damaged by liquid and therefore no longer under warranty. This even though, to the best of my knowledge, I never dropped it in water or got it wet. “Once bitten twice shy,” goes the cliché.

The Geniuses were swamped when I arrived ten minutes early for my 3 PM appointment. They finally called my name at about 3:15. The guy connected my iPad to his charger and then to a computer with the same result – nothing! He pulled out a flashlight and looked at the dock connector. The pins were bent and he informed me this was what Apple calls “Physical Damage” which usually translates to – “YOU’RE SCREWED!” 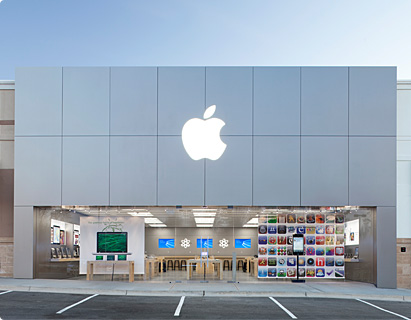 I asked if this was something they repaired or if they replaced the whole iPad. He took down my iPad 2 serial number and disappeared into the privacy of the back room. A few minutes later he appeared with a look on his face that I normally see when I visit my parishioners at the hospital and the doctor delivers bad news. His first words were, “Just wait till I’m totally finished before you get mad!”

My Genius informed me that, since the iPad was damaged, it was not a warranty issue but user error. They don’t usually replace an iPad with this kind of damage under warranty. My blood boiled but I agreed to bite my tongue until he finished. He said they were going to replace my iPad 2 “just this once” and I felt relief.

I wondered if he went to see how many Apple products, apps, music and movies I’ve purchased over the last ten years. I’m a good Apple customer with two MacBooks, a 2nd generation Apple TV, four iPhones, two iPod Touches, a dozen other iPods of various kinds and a total of 911 apps. That doesn’t include the 10 GB of iTunes music or the dozens of movies and TV shows downloaded from iTunes.

Regardless of why they were replacing my broken iPad 2, I was happy. I got a new unit instead of what I expected – a refurbished one.

At this point the visit turned a little bizarre. The Genius asked if I plugged my iPad 2 into a dock of any kind. I told him that I had an Apple iPad dock. Before I could get it out that I haven’t used it in months, he said that was likely the culprit. Plugging it into an Apple iPad Dock could cause the pins to bend and I needed to be more careful about how I plugged it in. 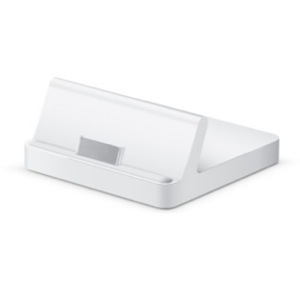 I was stunned and asked, “You mean my Apple iPad Dock is likely what broke my Apple iPad 2 and for that reason the damage is not covered under warranty?” He seemed to realize that what he said sounded foolish and back pedaled. I decided not to push the matter.

I feel certain that the bent pins resulted from my trying to plug my iPad into a cable hooked up to the 10w wall charger in a dark hotel room. I could not see the connector or the dock port very well and it didn’t feel like it fit right. I pulled out the connector and pushed it back in leaving it over night. When I woke up the next morning I put my iPad into my computer bag where it sate over the week until I took it out Saturday night only to find it uncharged and unable to connect to iTunes running on my MacBook Air.

We’ve heard many stories about Apple replacing products even when they were technically not under warranty. A friend of mine broke the display on his iPad 2 just a week after he bought it. His daughter decided to test how well it flies. Apple replaced it free of charge.

Most tech companies write their warranties in a way that gives them a loop-hole to keep from having to provide good service, something they see as an expense. Apple may write their warranties the same way, but they also often do as they did in my case – the right thing! My iPad may have been damaged because I was not careful enough while plugging in a charging cable. I would argue that the beveled edges make plugging in the iPad 2 harder than it was on the iPad 1. Either way, they made good and I’m satisfied.

Apple’s customer service is different from most other companies. If my HP laptop or ASUS Eee Pad Transformer goes on the fritz, I call someone often in a foreign country. They will never see me or meet me face-to-face. Apple invites me to their very busy store and provides face-to-face tech support through someone they call a “genius.” As silly as the name is, the process works. It is harder to screw a customer when he or she is in your store filled with potential customers than it is when the person is sitting at home talking via phone to someone hundreds or maybe thousands of miles away.

Most corporations see customers as a resource that they use to keep their true customers, the stockholders, happy. Apple makes their stockholders happy by making a quality product and backing it up, thus causing sales to shoot through the roof. As a result, their stock price follows.