According to a report from KarthikK.net, Apple has apparently begun closing the accounts of developers that have sold off early access to Cupertino’s latest and greatest software, iOS 5. 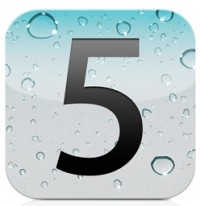 You may remember, shortly after the June announcement, we presented a number of ways for you to get iOS 5 on your iDevice. Turns out, Apple’s not thrilled about any of it because selling the developer device slots for profit apparently violates iOS Developer Program rules. Go figure.

The report states that devs who have sold the slots for UDID’s are being tracked down by Apple and seeing their accounts closed. Apple has also apparently started sending emails warning developers that they know that company has found out what they are doing.

But wait, there’s more. It appears that Apple has also tracked down UDID’s associated with the flagged developer accounts and made the device running iOS 5  unusable:

Once Apple locks your iOS device, the phone will enter the initial setup mode asking you to connect to a WiFi network. And nothing happens more than that.

So, if you jumped on board the iOS 5 beta train and purchased a UDID from a developer, it might be time to hop off of it. If you need help doing so, the source has convinenitly provided step by step instructions on how to do so right here.

Anyone see this happen to their iDevice yet?