Apple is reportedly in Hollywood filming the first commercial for the new iPhone. The commercial for the iPhone 5 is said to be underway, but it won’t be ready until early to mid October. The timing of the commercial is important, and gives credence to the October 7th iPhone 5 release Date we have heard time and time again.

Apple Insider reports that the commercial is being filmed by TBWAChiatDay, the ad agency which has long-standing ties to Apple. The commercial is expected to be done during the first week of October, so that it could be ready to go on or close to the launch date.

Apple typically begins filming commercials early, with past commercials being filmed as much as 5 weeks in advance. If Apple is really making the next iPhone 5 commercial, it lines up will with our iPhone 5 release date timeline. 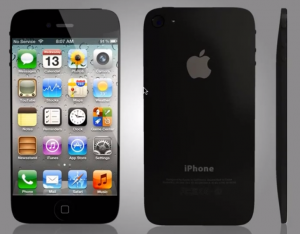 The lack of a commercial to air wouldn’t prevent Apple from holding a press event where Steve Jobs and or Tim Cook take the stage to announce the new iPhone. At these events, which happen an average of 20 days before the iPhone is actually available to purchase, Jobs and others typically give extended demos and show a short clip, but not a full-fledged commercial.

If Apple really is introducing the iPhone 5 alongside a cheaper 8GB iPhone and delivering an iPhone 5 on Sprint, can we expect a bigger barrage of commercials?

Or will Apple stay the path and keep things simple, leaving carriers with the responsibility to scream and shout about why shoppers should sign up on their service.