The iPhone 5 is weeks away from an expected launch, and we are still waiting to find out if the next iPhone will have 4G LTE connectivity.

We have our own list of reasons why we don’t think Apple will launch a 4G LTE iPhone this year, but that doesn’t mean the company isn’t testing a 4G LTE iPhone with carrier partners. 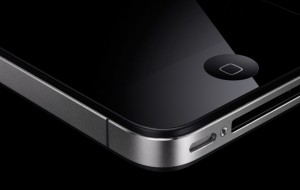 Will the iPhone Come With 4G LTE?

This evidence is good news for the few people who thought that Apple was setting this one out, but isn’t likely to point to a iPhone 5 with 4G LTE. There are many reasons why the iPhone 5 won’t have 4G LTE, and this evidence isn’t swaying our opinion on 4G in the next iPhone.

The news does line up with Apple’s slow and steady approach to adopting new technology. The iPhone 6, whatever it may be called, is a more likely candidate for 4G LTE. It’s possible that we will see 4G come to other iOS devices before the iPhone, like say the iPad which is widely anticipated for Spring 2011.

At this point, Apple doesn’t need a 4G iPhone to remain competitive for the next year, but there’s no way the company can release an iPhone in 2012 that doesn’t have 4G LTE connectivity. Odds are good that this testing is in the very early stages, and will influence a future iPhone, not the one we expect later this year.