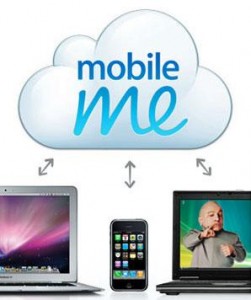 In a message to music labels, perhaps to allay their fears of music piracy, Apple is saying that its yet to be released but often rumored digital cloud-based storage that will be integrated with iTunes and some form of MobileMe will serve as ‘insurance’ for purchased content. In the past, there has been unconfirmed talks on the Internet that music labels wanted additional royalties from Apple in delivering the ability for users to play back music stored on the cloud, an idea that Apple is rejecting as the company is saying that users own that content.

Apple’s use of the term ‘insurance’ to record label executives seem to indicate a conservative message as it implies that storage on the cloud is basically for back-up and storage purposes, rather than streaming.

The company has recently admitted to be working on a digital strategy with MobileMe and iTunes at a recent shareholder meeting, but executives stopped short of discussing what that strategy would be. Many are speculating that Apple will use its massive data center in North Carolina to debut an iTunes service that will tie into MobileMe to allow users to store either purchased content via the music store or their own content in the form of music, pictures, and perhaps even videos, and stream their digital assets to their devices wherever there is an Internet connection. The move will allow users to access far more content beyond what would be available through a finite, limited storage amount on mobile devices that’s dictated by flash memory capacity.

Unlike rival services, like Microsoft’s Zune, that already offers online streaming of content, Apple’s service would not be a subscription purchase. With subscription services like Rhapsody and Zune, users would have to pay a monthly fee, but can stream any content from the provider’s library of songs. However, if the subscription lapses or a user no longer is a subscriber, the user would not have any access to any song. With Apple’s a la carte purchase model of individual songs, users can stream whatever songs they have in their own personal library, or digital locker, and would own the rights to play the song perpetually sans subscription.

News that Apple’s interest in music streaming picked up after the Cupertino, California company acquired Lala.

In addition to music, Apple is also speculated to have other social uses for the digital service, including integrating services that would rival social networks like Facebook.