The first question asks and answers as follows:

This begs the question, “Why does everyone think you are Apple?”  Their answer according to Apple is essentially that tech reporters don’t understand and are not giving you all the facts. That may be true in some cases. But the reality is that there is an issue, and they are admitting it. A person’s location is logged and stored based on how close they are to Wi-Fi hotspots and cell towers. Apple says this is a “crowd-sourced database” of these hotspots and cell towers that helps them calculate your location for the purpose of tracking you. This is beneficial for GPS and mapping apps like the built-in Maps app which offers location-based services such as directions for searching the immediate area for things like restaurants or movie theaters. Apple stores a subset of their database on your phone. They are collecting the information to create an accurate database of Wi-Fi hotspots around the country, presumably to offer a kind of GPS tracking service to Wi-Fi only devices like the iPad or iPod Touch. For example, when I use my wife’s Wi-Fi only iPad we can get pretty accurate mapping information in the Google Maps app on the iPad even though it does not have a built-in GPS. Sumocat is right – we are spying for Apple and so are Android users spying for Google. 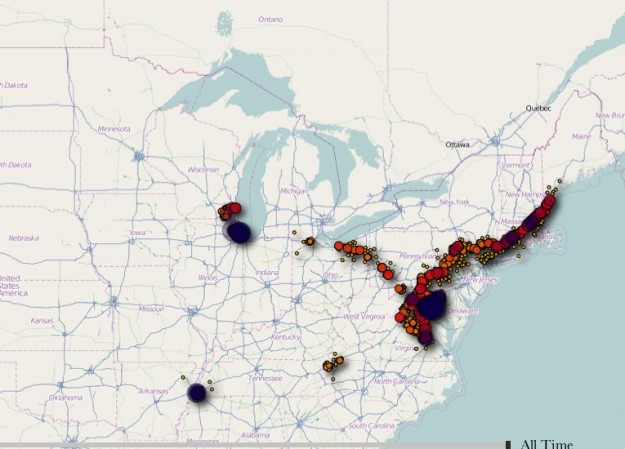 This cache is protected but not encrypted, and is backed up in iTunes whenever you back up your iPhone. The backup is encrypted or not, depending on the user settings in iTunes. The location data that researchers are seeing on the iPhone is not the past or present location of the iPhone, but rather the locations of Wi-Fi hotspots and cell towers surrounding the iPhone’s location, which can be more than one hundred miles away from the iPhone. We plan to cease backing up this cache in a software update coming soon (see Software Update section below).

In other words the information that has been used to “track” users leading to this controversy is actually tracking the hotspots and cell towers. Apple will no longer save the data to your computer when you sync your phone. Soon iOS will be updated to fix this issue. In the meantime you will just have to deal with it or just not sync your iPhone or iPad.

Apple says don’t worry about the information being sent back to Apple in order to track you. It is not user specific. The information is sent back “in an anonymous and encrypted form” so that they know a phone was near a certain tower, but not your phone. Soon less of this information will be stored so even if you are worried about it, Apple says it will be fixed. Below is the question and answer about the root of this controversy:

6. People have identified up to a year’s worth of location data being stored on the iPhone. Why does my iPhone need so much data in order to assist it in finding my location today?
This data is not the iPhone’s location data—it is a subset (cache) of the crowd-sourced Wi-Fi hotspot and cell tower database which is downloaded from Apple into the iPhone to assist the iPhone in rapidly and accurately calculating location. The reason the iPhone stores so much data is a bug we uncovered and plan to fix shortly … We don’t think the iPhone needs to store more than seven days of this data.

In other words, Apple has seen the light and realizes that it is a little creepy to store a year’s worth of data. They will now only store one week’s worth. If you were feeling like big brother was spying on you, then don’t worry because he is going to stop. At least he’s going to stop backing it up and storing a year’s worth of the information. He will still store a week’s worth and you will have to trust him that he’s not tracking you specifically.

It is ironic that Apple is being accused of being the big brother. Back in 1984 the company famously called IBM the Orwellian Big Brother of the novel 1984 during the iconic Super Bowl ad. That ad helped put Apple on the map over against IBM. How the tables have turned.