Apple seeded the OS X 10.9 Mavericks Gold Master to developers signaling that the final release of the new Mac operating system will likely ship within a week or two, hitting the rumored “sometime in October” deadline.

A new version of iPhoto addresses issues related to unexpected crashes while launching the photo organizing, editing and sharing app in Mavericks. 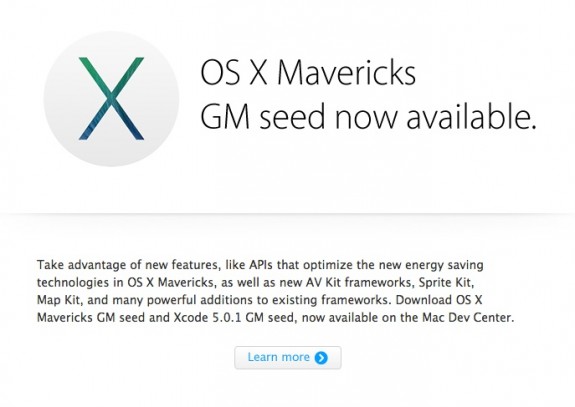 This new release doesn’t seem to offer anything new compared to the last beta release which showed up recently. Instead, Apple ships it as the final build before releasing the official OS X 10.9 Mavericks update on the Mac App Store. We’d only see another new version before that time if a huge bug suddenly appeared not already discovered in the betas. Expect the update to cost either $19 or $29, like earlier updates released on the Mac App Store. 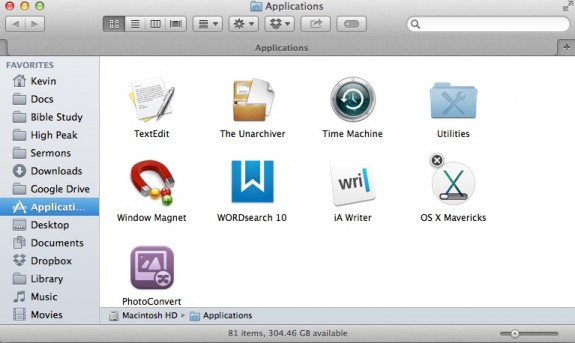 Given the timing of updates, we expect to see OS X ship within the next couple of weeks. During this beta cycle new versions typically showed up about two weeks apart, although Apple altered that on occasion. We predict a relatively quiet release just before Apple holds an event to announce a new iPad and possibly new MacBooks with Haswell processors. Since all evidence points to those taking place this month, look for the event to come around October 15 to the 22 after the two-week time frame and assuming Apple announces on a Tuesday or Wednesday, their normal days for such events. The last time they launched a major OS X update, the software showed up just before such an announcement giving them something to brag about.