Last week Apple closed down Apple stores and the company campus to celebrate the life of Steve Jobs in a private memorial service. This service lasted just under two hours, and included speakers and musical guests who were there to honor the late Steve Jobs.

Apple has now posted the entire video online, as well as running the notes of remembrance sent in by Apple fans from across the world.

The closed memorial includes speeches by Tim Cook, Al Gore and others, as well as musical performances by Coldplay and Norah Jones. The event took place at the Apple Headquarters and is packed to the brim with Apple employees. 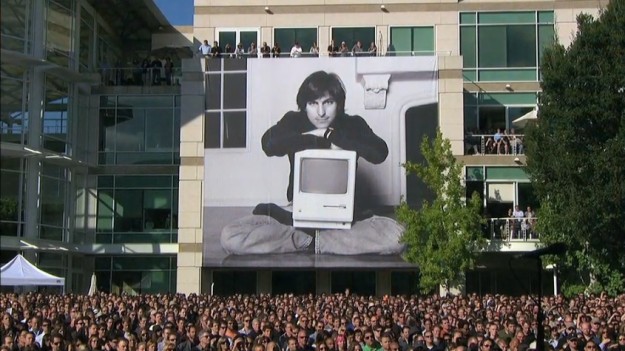 To watch the Apple memorial service, which was streamed to all Apple stores, you will need Safari, which is fitting for Apple. Safari can be found on the iPhone, iPad, Macs and Windows computers. If you don’t have Safari and want to watch, you can find Safari for Windows here.

To see the remembrances sent in from across the world, visit Apple.com/SteveJobs. Here you will find numerous emails sent to [email protected] by Apple fans. The emails cycle through, showing off appreciation for the Apple co-founder.

If you want to see a breakdown of the Steve Jobs tribute emails, you should check out this analysis by Neil Kodner.

Kodner analyzed all of the messages, and found that;

If you enjoy dissecting data, you should check out the full results.