Apple has released the total sales of Apple devices during the first quarter of 2011, blowing away the expectations of many analysts.

Apple brought in an a higher than expected $46.33 billion in revenue, which comes thanks to high sales of iOS devices, which outpace the sales of the Mac line dramatically.

For Apple it really is a post PC world.

This quarter further accentuates Apple’s push into mobile, and shows a strong demand for the company’s growing catalog of iDevices including the iPad, iPhone an iPod.

Thanks to the new iPhone 4S, a cheaper iPhone 4 and the free iPhone 3GS, Apple was able to sell an amazing 37 million iPhones in 98 days.

If you’re counting that’s 377,959 iPhones every day, or about 262 iPhones a minute — every minute. This beat analyst expectations by nearly 7 million. 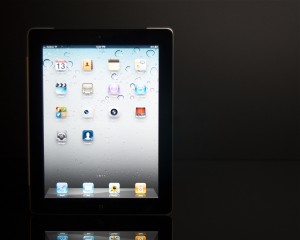 The iPad was another top performer with 15.4 million iPads sold last quarter. That’s a 111% increase over the first quarter of 2011, and shows that the Kindle Fire didn’t do much to burn Apple.

Broken down, Apple sold 157,000 iPads a day, or 109 iPads a minute during the first quarter of 2011. This is nearly 2 million higher than analyst expectations.

The iPod also faired will with 15.4 million sold during the last quarter, on par with iPad sales. The Mac sales were only 5.2 million units, but showed a 26% increase over the year ago quarter.

Apple hasn’t announced which models of the iPhone and iPad sold the most, which is something I am very interested in knowing. The company did not release any App sales figures, or the number of OS X Lion upgrades that took place, but those may be revealed in the earnings call which takes place today.

On the financial side, Apple (AAPL) also announced that the company had a record net profit of $13.06 billion with earnings per share of $13.87. Apple’s Gross margin was also high, at 44.7%, which we pointed out is significantly higher than other tech hardware companies. See how Apple compares to other companies in the chart below.