Apple announced the company’s third quarter financial results today, and while the profit growth is impressive, the sheer number of iPads and iPhones sold in the last 90 days is simply astounding.

To break that down, Apple sold on average;

iPhones are also impressive with average sales of;

To put it another way, if everyone living in New York City bought one of those iPhones, there would still be enough left over for the entire city of Columbus Ohio to buy an iPhone too. 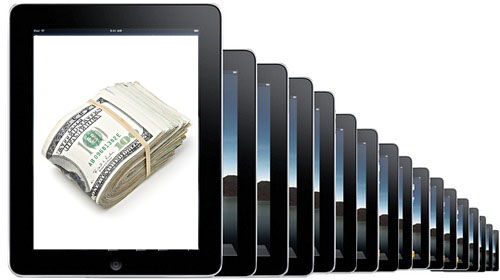 Apple can print money with the iPhone and iPad.

No matter how you slice it, Apple is selling a lot of iPhones and iPads. Android may be bragging 550,000 activations a day, but when it comes to combined tablets and phones, Apple knows how to put up the numbers.

In case you were wondering about the iPod, it may be on the way out. Apple sold 7.54 million iPods last quarter, a 20% decrease from a year ago.

Macs saw an increase of 14% in Q3, over last year as well. We expect to see a bigger bump when the new Macbook Air notebooks arrive as early as this week.

Perhaps most impressive Apple didn’t release a new iPhone during this time period, which means these sales were made up of old hardware. Who knows what the Q4 numbers will look like with an iPhone 5 on the way!