Today Apple announced that it sold three million total iPads during the weekend release of the iPad mini and the iPad fourth generation, though it’s not clear how many of each Apple sold.

The Wi-Fi models of both the iPad mini and iPad fourth generation went on sale on November 2. The 3 million units sold of the two tablets combined more than doubles the 1.5 million Wi-Fi only units Apple sold of the iPad third generation back in March. This is for two devices, however, as opposed to just one.

Both the iPad mini and iPad fourth generation went on sale in 34 countries on the first day. 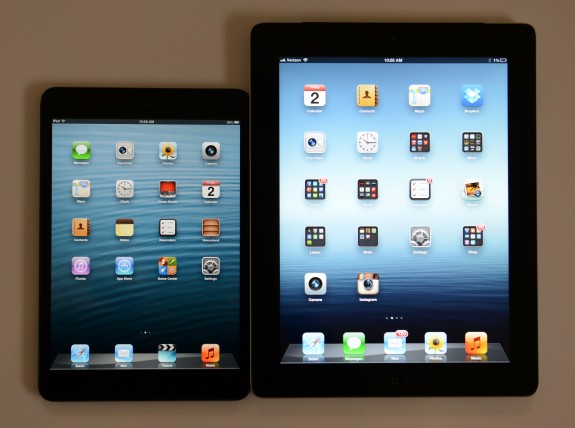 The iPad fourth generation, however, will ship within three to five business days for users who purchase one online.

Some stores may have units of both iPads available for sale. Apple Stores, Best Buy, Radioshack, and Target all sell the iPad mini and iPad fourth generation.

Apple lists the Wi-Fi + Cellular models for both iPad for shipment in “Mid November.” It’s not clear when that is, however. Some users who pre-ordered early saw shipping dates on their receipts, though the date is back to Mid-November for most users.

Before the iPad mini release on Friday Gene Munster of Piper Jaffrey predicted that Apple will sell 1.5 million iPad minis in the first weekend. He estimated that Apple would sell more devices if the 4G LTE option was available from the start, however. Munster’s prediction may have been correct, but unfortunately Apple won’t release specific iPad mini sales numbers.

Apple typically doesn’t report sales numbers of individual devices unless the number is big like the 3 million new iPod touches it sold in the first few weeks. In earnings calls, Apple doesn’t even distinguish between iPhone models sold.