Apple Store Closes: But Don't Get Too Excited

The Apple Store on Chestnut Street in San Francisco, California just put up black boards blocking passers by from seeing what is happening. The store is closed until October 5th, a day after Apple is expected to announce the iPhone 5.

Based on a bit of research, we really suggest you don’t read too much into this picture. 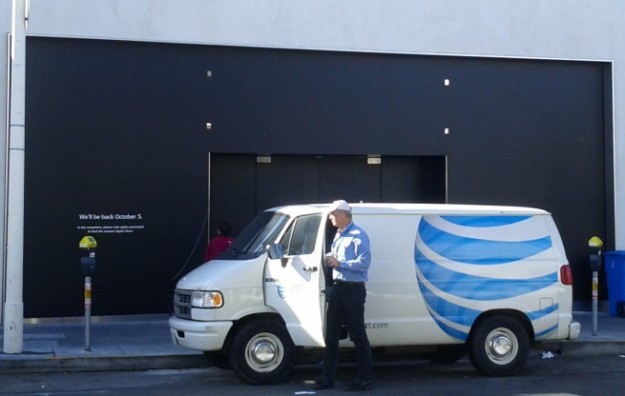 Is this Apple Store closed to prepare for the iPhone 5? Not likely.

It is normal to get excited by any hidden Apple activity in the days leading up to the iPhone 5 release date, but this mimics a similar closing at the St. James Place Apple Store in Pennsylvania, which just reopened after being closed for a week.

The reason for this Apple Store closing, which features similar black boards to prevent prying eyes was not for the iPhone 5 release, but rather renovations.

“They are doing renovations—some work to the entryway,” Mark Bachus, the shopping center’s general manager tells Patch, explaining that, “They are making some changes to the interior, and they had to move a couple of sprinkler heads, so that forces the tenant to actually close down for a period of time until they get the sprinkler back up.”

While it would be great if this was another sign of the iPhone it is far more likely that Apple is just giving the Chestnut Street store a makeover. The good news is that it should be up and running in time for you to line up for the iPhone 5.