On the one year anniversary of Apple co-founder Steve Jobs’ passing, Apple’s online retail store goes down with its typical post-it note saying “we’ll be back soon.” Apple didn’t give any reasons for why the store is down, however, except to say that it is updating the Apple store. 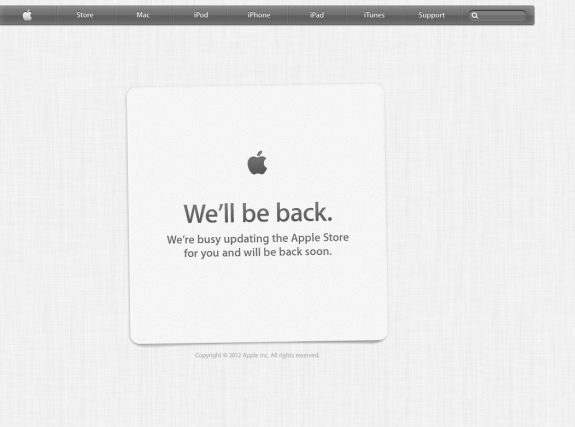 Steve Jobs had passed away on October 5, 2011 in Palo Alto, California.

Apple periodically updates its stores without any new products or announcements from time to time as part of regular maintenance. On announcement days and on days when products are released, Apple does take down its online store in advance to prepare new products and update its store front. Right now, there isn’t any known new products that will head to the store that isn’t already there or available for preorder. Apple is rumored to be announcing the iPad Mini later this month, however.