iPhone 5 cases are a hot item as consumers look to protect their new iPhone from scratches, but one place shoppers can’t find any iPhone 5 cases is the Apple Store.

For the first time in two years Apple launched an iPhone without an official case. It could be that Apple feels the iPhone 5 design, with chemically strengthened glass and a new metal back, doesn’t need protecting.

Apple Stores offered no iPhone 5 cases for sale on release day, sending consumers to other stores to choose from many cases.

Despite an array of iPhone 5 cases, none are stocked in Apple Stores.

To our surprise, Apple is still not offering any iPhone 5 cases for sale in any Apple Store locations or online in the Apple Store, where dozens of iPhone 4S, iPhone 4 and iPhone 3GS cases are on sale.

After calling Apple Stores in New York City, San Francisco, Chicago and Columbus, OH, it’s not clear if of when Apple Stores will carry third-party cases for the iPhone 5. One Apple Store associate told GottaBeMobile, “Not Yet, and we don’t know when we’re going to start to sell them either.”, when asked about iPhone 5 cases.

Companies hoping to sell their iPhone 5 cases in Apple Retail locations aren’t sure when or if that will happen. One manufacturer that currently sells iPhone cases at Apple retail locations tells GottaBeMobile it is still to be determined. Another major case maker doesn’t know if or when Apple Retail Stores will offer their cases.

It’s possible that Apple is waiting to find the cases it thinks are worthy of selling at retail, and one source says the company typically sells third-party cases 30 days after sales start.

We reached out to Apple, asking if the lack of iPhone 5 cases at Apple Stores is tied to the iPhone 5 design, which company employees are particularly proud of as shown in the video above, but we received no comment.

Apple is not banning iPhone 5 cases. Apple provides case design guidelines for iPhone 5 case manufacturers and offers up a detailed technical drawing of the iPhone 5 dimensions for case makers. 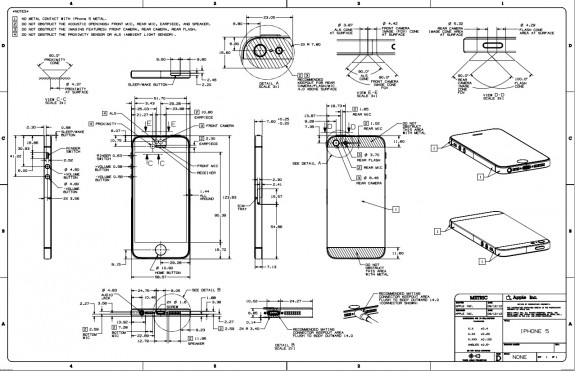 It’s possible that Apple is planning to approve factories making the iPhone 5 cases sold at Apple Stores, much as rumors show they are planning to do with third-party Lightning cables and accessories as part of new Made for iPhone rules.