With the iPad 2 selling out over the weekend and late comers longing for their Apple fix, Apple is going to open some stores early on Tuesday, March 15. Those who show up early will get a chance to buy up to two iPad 2 units. This reported by Apple Insider after being tipped off by others. Some stores confirmed this, while others they contacted said they didn’t know of any such plans. Either way, it looks like Tuesday at an Apple Store might be your best bet to get an iPad 2 in the near future. 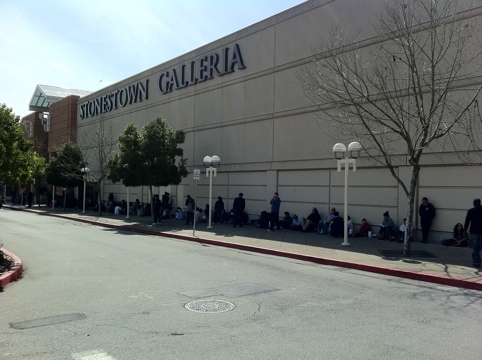 It looks like the launch was very successful with over half a million sold in the first weekend, which is in line with last year’s figures. So if you are a victim of this success, we recommend you showing up just before 9:00 AM, an hour earlier than normal, at your local Apple Store or you can go reserve one at a Best Buy near you.