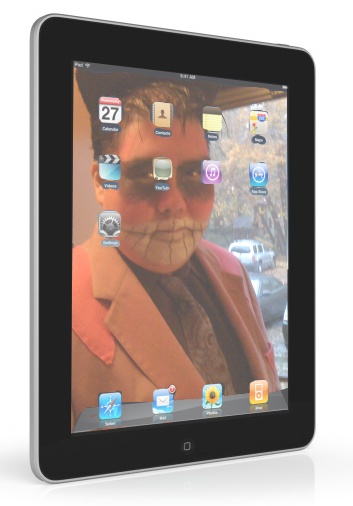 Thought these got killed on Wednesday, but looks like we didn’t stake them in the hearts, shoot them in the head, nail ’em with silver bullets, or whatever it takes to take down these brain-eating, unkillable Apple Tablet rumors.

First up, I thought the rumor about Apple partnering with Verizon was bashed with a baseball bat like a fax machine dragged out to a field. But apparently people who know people who know people know for certain that Apple is still in talks with Verizon about a wireless deal. Makes me wonder if the only thing these “sources” know is how to keep Verizon’s stock inflated.

Also heard on the tubes is that Apple is working on… a tablet?!? Yes, somehow the rumor that Apple is working on a tablet still walks the earth, or at least the Internet. Okay, in fairness, this rumor specifies that it’s a new tablet that’s more Mac than iPhone. But let’s face it, Apple always has more products in the works. So, sure, they probably do have a larger iPad or a Mac tablet on the table somewhere. It could be ready to go in a year, or it could be held back numerous times, as has been claimed about the iPad. Warn me when this zombie wanders closer to the front yard (or if it turns out to be one of those freaky fast zombies from 28 Days Later).