A leaked image of an iPod Nano case reveals a hole in the rear of the square-shaped music player suggesting that Apple may add a camera to the next revision of the Nano. Though the photo has appeared on the Apple.pro blog, the blog says that the authenticity of the image could not be verified. However, the blog does note that it has a successful track record of leaking images prior to releases of previous iPod devices. 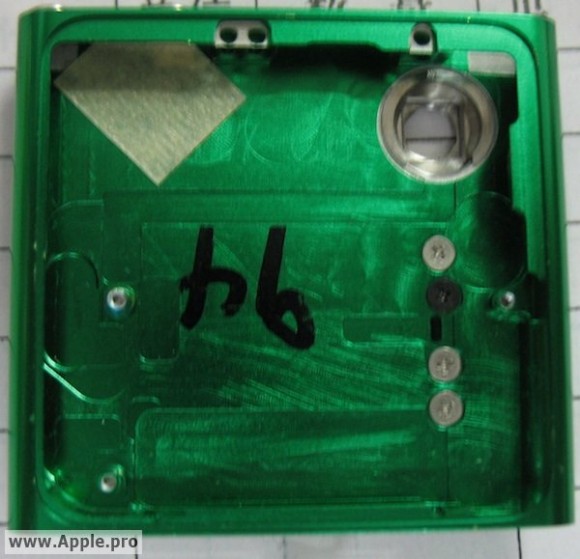 Adding a camera to the next revision of the iPad Nano, currently a sixth generation device, would allow Apple to retain the basic form factor and not add more capacity or other changes.

Though Apple had added a touchscreen on the sixth-generation Nano, the company did not enable third-party iOS app support on the Nano, limiting the portable music player’s functionality to apps that Apple ships with the device. A seventh-generation Nano would probably continue in that tradition as Apple would seek to differentiate the low-cost music player from higher end offerings like the iPhone and iPod Touch.