Update: Probably not going to happen. Just another Apple rumor floating in the wind.

It looks like Japanese site Kodawarisan is reporting that Apple will be announcing its next generation iPhone 5 on September 7th this year alongside new iPod models.

The Fall music event, which had historically been focused on iPod and iTunes, usually occurs during the early part of September, and this year the event will also play host to the new iPhone 5 announcement. 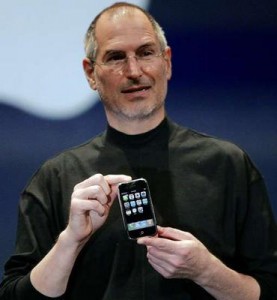 Kodawarisan’s reported date comes from a source that’s supposed to be in the know.

Recent reports suggest that Apple’s iPhone 5 won’t be available for sale until October.

In the past, Apple usually announces its iPhone 5 in early June, usually at WWDC. However, without a summer iPhone 5 release this year, many are speculating that the hardware announcement will occur at the Fall music event, with actual product retail availability to follow soon afterwards. 2011’s iPhone 5 announcement–or whatever the device will be named, will also break the approximately 12-month annual cycle between iPhone releases.

Though there are a number of reasons speculated as to why Apple has not released an iPhone successor this summer to its flagship iPhone 4, the company hasn’t made any comments to the matter.

Last year’s Fall music event saw the announcement of new iPod Touch, Nano, and Shuffle models. So far, we haven’t heard from any sites or blogs about media invites confirming the specific date for the Fall music event this year.